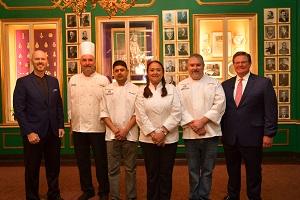 The Big Easy proved to be anything but easy for ten talented cooks at the “The Final Table New Orleans” crescendo of World Food Championships’ (WFC).After two days and three rounds of intense cooking challenges, the world’s largest Food Sport competition crowned its 7th annual World Food Champion. The winner of the New Orlean’s themed competition will be revealed in a one-hour television program this August on CNBC.

The ten finalists competing for the ultimate food crown and $100,000 prize emerged from WFC’s 2018 Main Event, which was held in Orange Beach, Ala, this past November. Over 500 teams competed, and the Final Table finalists who earned their spot at the Final Table came from all types of culinary backgrounds - two home cooks, two pro teams, and four trained chefs. Nine American states were represented, as well as one other country — Germany. The finalists included:

The Creole-inspired competition kicked off with a special Eggs Benedict challenge featuringNestFresh Eggs. Cooks whipped up their best NOLA-inspired version of this classic dish. The panel of esteemed judges included MasterChef star Katie Dixon, Two-time Pasta Champion Suzanne Clark, Chef Ryan Rondeno, Chef JD Eubanks, and Sysco’s Corporate Chef Raymond Yakelis. Once the judge’s scores were in, the field was cut in half with only five champs advancing to the next round.

On day two, the five remaining finalists headed to Dickie Brennan’s Tableau to taste one of the restaurant’s menu favorites and the dish they would be tasked to recreate for round two — Redfish Bienville. On top of the already intimidating challenge, Dickie Brennan himself, along with Tableau’s Executive Chef John Martin, served on the judging panel for this round.

Before announcing the three chefs that would advance to the next and final round, Brennan shared his thoughts on how the group of cooks handled this difficult challenge.

“I thought you all knocked it out of the park!” Brennan said. “The only tough part was picking the winner!”

With only three champs left in the game, the competition heated up even more. For their third and final challenge, the top three cooks who emerged traveled to Antoine’s, America’s oldest family-run restaurant. There, they met CEO Rick Blount and Executive Chef Rich Lee, who challenged them with creating an appetizer worthy of their menu, which hadn’t changed in 100 years. Both Blount and Lee joined the panel later that evening to help judge the winner, all of which was filmed in a private setting for the upcoming TV show.

WFC will be releasing more insights, commentary and pictures from the entire weekend in New Orleans in the coming weeks. But to see all of the food-fighting action, drama and ultimate winner, mark your calendars for August 24th. That’s when “The Final Table: New Orleans” will air on CNBC. 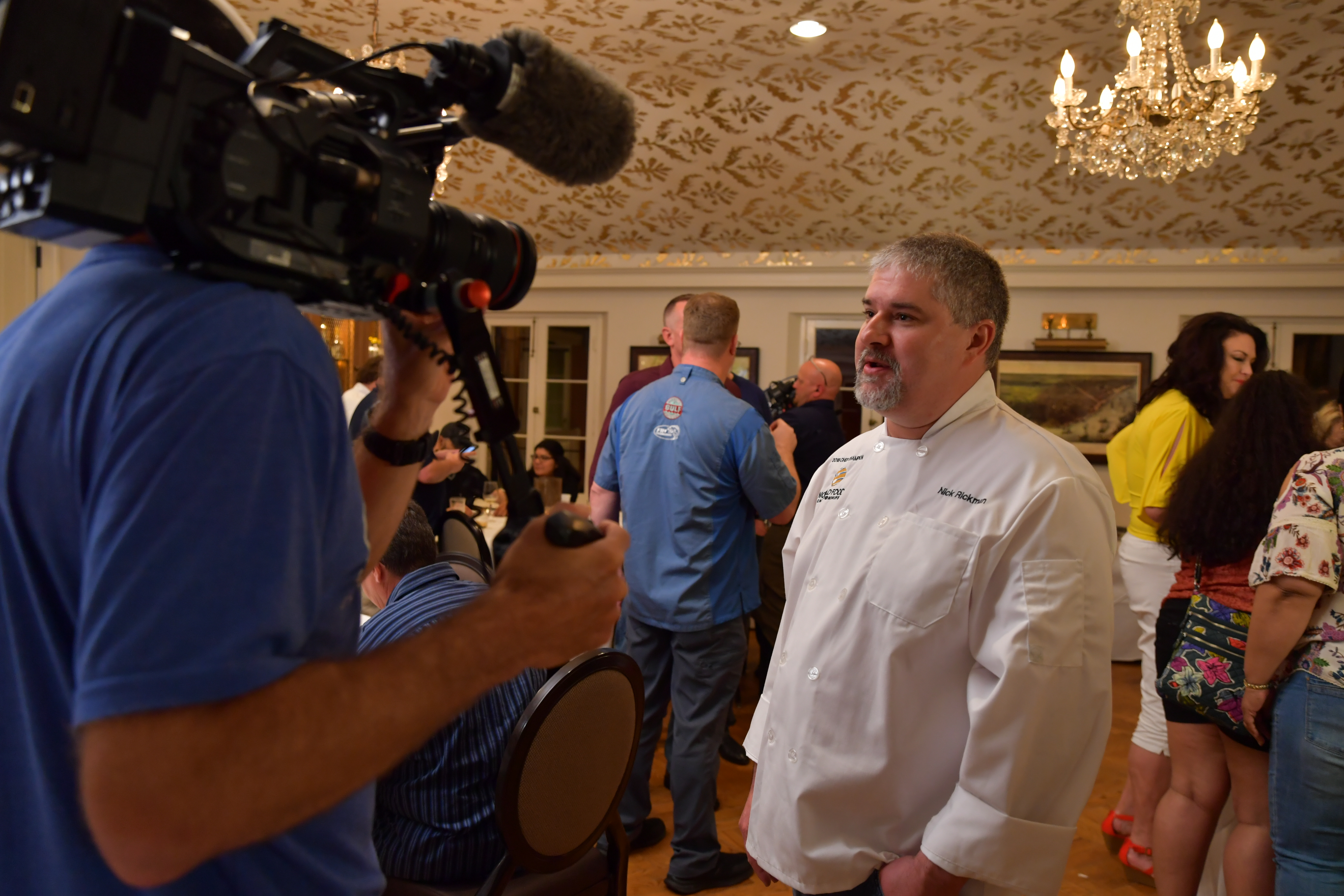 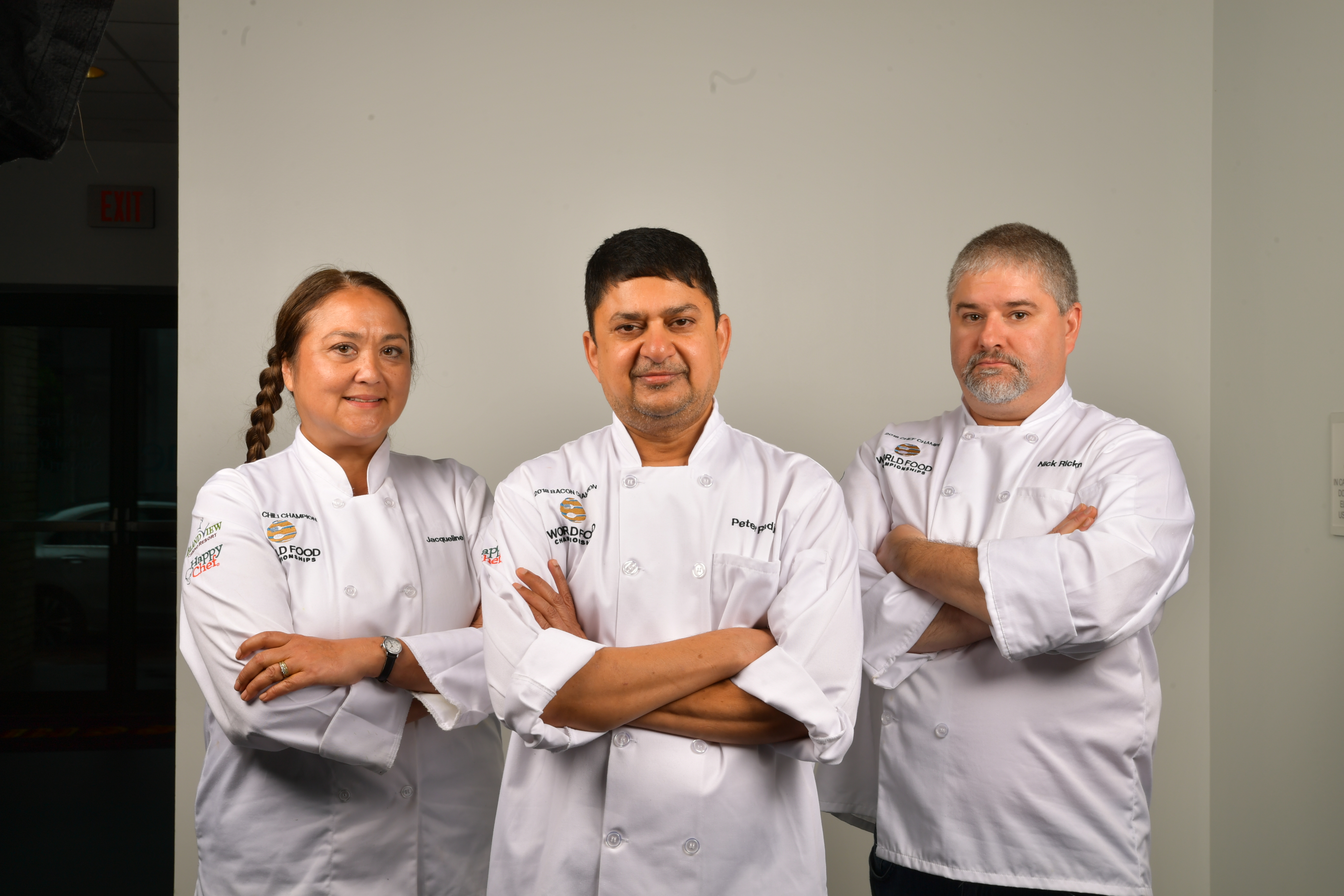 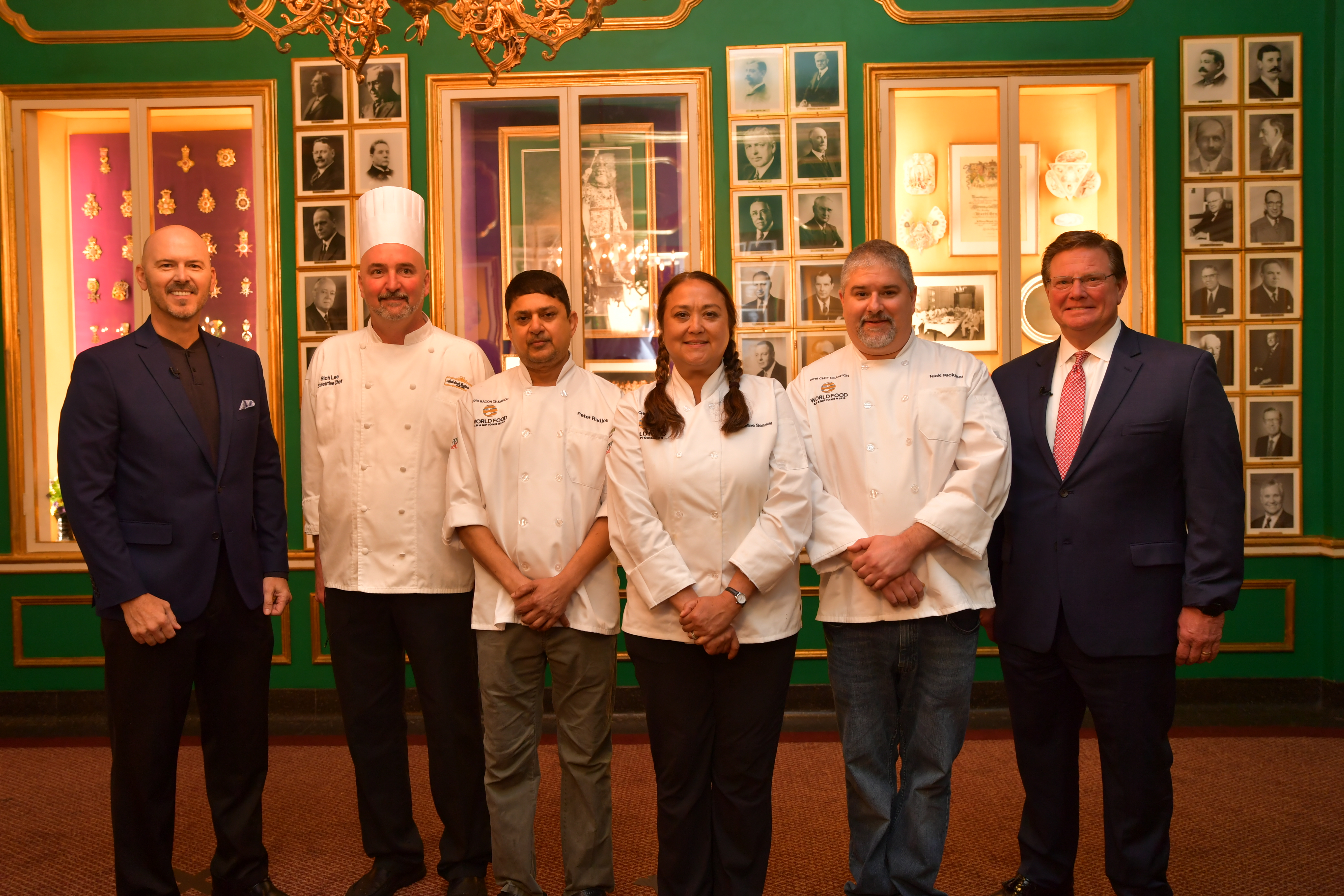 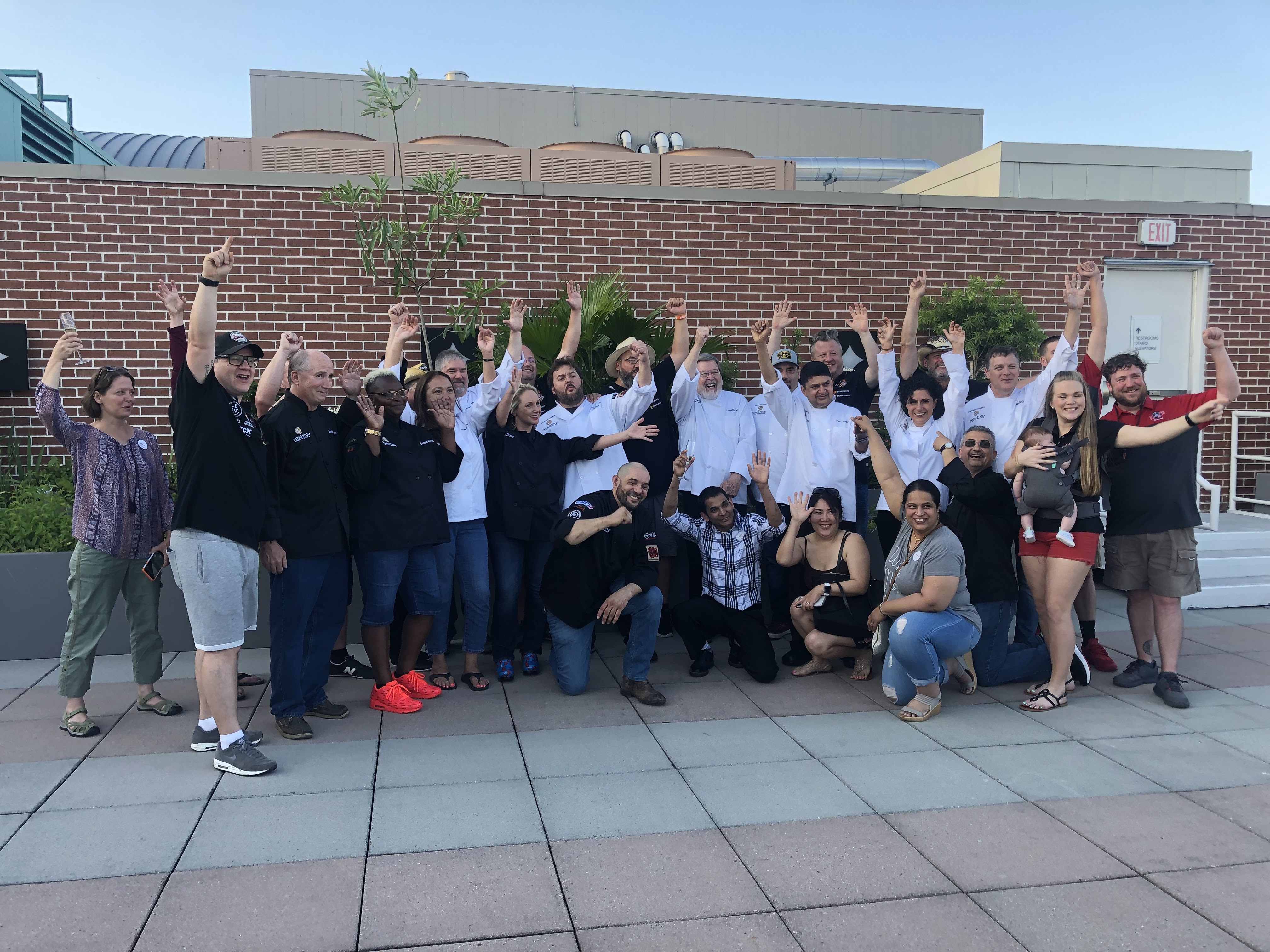 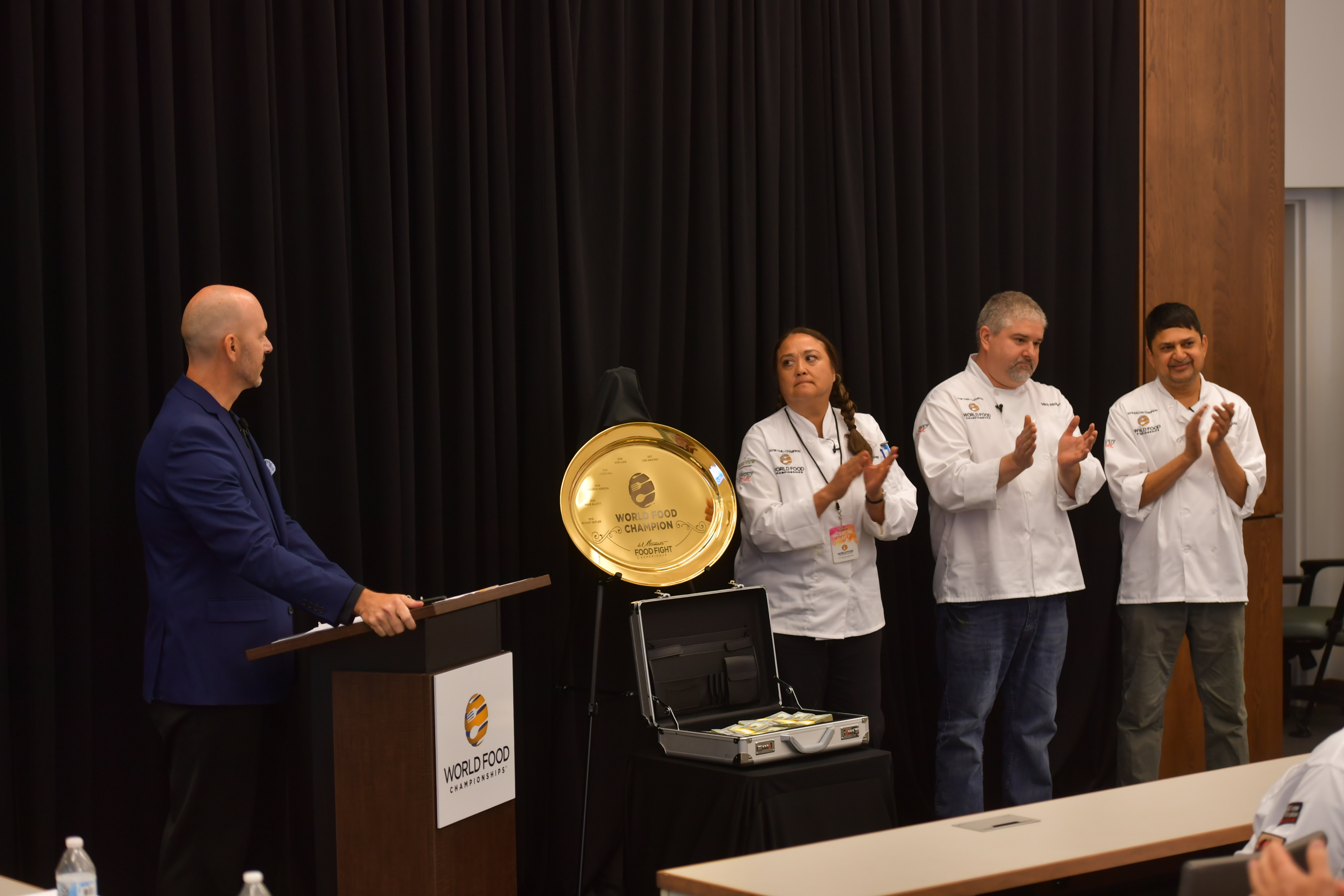