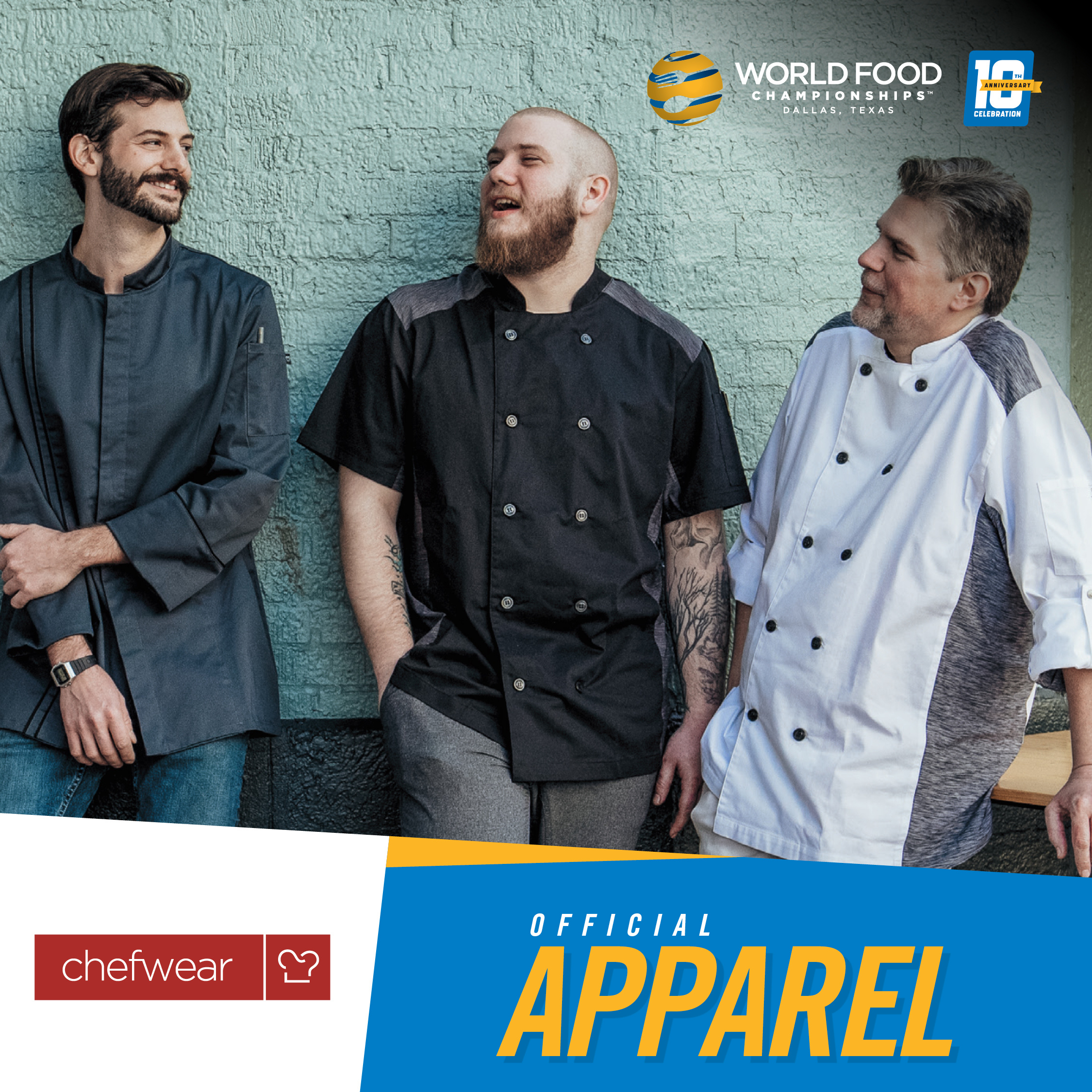 The World Food Championships (WFC) announced today that Chefwear — an iconic name in the culinary apparel industry — will be the Official Apparel of WFC’s Tenth Anniversary event.

L.J. Washington caught the competitive-cooking bug bad, thanks in large part to this newspaper, having won The Santa Barbara Independent’s 2012 Sandwich Showdown by beating two professional chefs. Since then, this Carpinteria resident, who is originally from New Orleans, won a KEYT BackyardBBQ Contest, a Carpinteria Chili Cookoff, and took part in the Today show Father’s Day Burger Battle, where she got to schmooze with Giada De Laurentiis.

November 6, 2014
Sacramento chefs ready to compete in sandwich and seafood

A cook from Vallejo and another from Napa will represent the "Sacramento area" in the World Food Championships in Las Vegas this month. The third annual multi-day food sport event will welcome hundreds of competitors to downtown Las Vegas "where they'll compete for food fame and fortune, Nov. 12-18," organizers said.

Seven local cooks will soon head for Las Vegas in a battle for the best: the World Food Championships. These seven are among more than 400 competitors on their way to Las Vegas Nov. 12-18, where each will compete tournament-style in one of nine categories: barbecue, chili, burger, sandwich, recipe, dessert, bacon, pasta and seafood.

Several chefs from the Orlando-area will be competing in Vegas for the title of 2014 World Food Champion. The competition runs from November 12-18. Food from "That Deli" in Deltona is in the running for the world's best sandwich. Chef Roy St. Pierre will complete for the title in Las Vegas beginning Friday, November 14.

The World Food Championships is excited to announce Taylor Farms® and Sandwich America as the presenting sponsors of the World Sandwich Championship.

October 31, 2014
Celebrity Chefs Duke It Out In Scottsdale Heat

USA Today names the World Food Championships to the "10 Best" list for Culinary skills competitions across the country!

The 3rd Annual World Food Championships (WFC) will once again organize a massive food drive to help the hungry and homeless in Downtown Las Vegas. But this year, the organizers of WFC are challenging and rewarding Vegas residents to join in the effort. On Saturday, Nov. 15, anyone who wants to see the World Chef Challenge, stage demos, food challenges or simply enjoy tasty samples in the Downtown Las Vegas Event Center simply have to bring two canned food items, which will earn them free entry into the WFC festivities that day.

The World Food Championships announced today a partnership with Camp Chef to be the official outdoor stove of the 2014 World Open Chili Championship. The agreement will provide Camp Chef stoves to all of the chili category competitors.