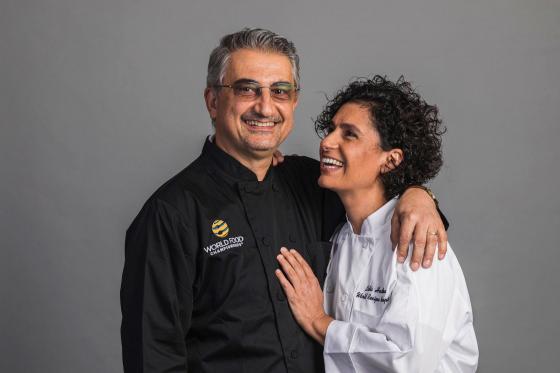 Two-time Champion, Lidia Haddadian, recently competed in the World Food Championships (WFC) final culinary gauntlet in Indianapolis, Indiana, where nine other champions navigated three cooking challenges in their quest to earn the biggest title in Food Sport, along with a $100,000 grand prize.

Before Lidia’s debut at the “Final Table: Indy,” she competed in Food Sport events for ten years winning about $83,000 in prizes over the years. When asked what she would do with the $100,000 grand prize, Lidia said the first thing is buying a new pair of tennis shoes after a weekend of running around the kitchen. She also said she doesn’t exactly know how she will spend it, she intends on using it wisely and with integrity.