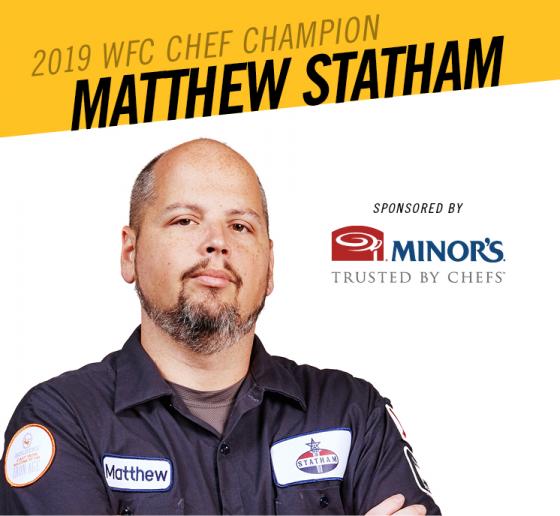 Raised in Locust Fork, Alabama, Statham was exposed to southern cooking with an emphasis on using local ingredients at an early age. Growing up, he enjoyed helping his mom and grandmother in the kitchen to help feed his large family and friends.

Initially beginning his education in the field of Chemical Engineering, Statham soon shifted his efforts to pursue his passion for food by enrolling in a culinary arts school.

Serving in his role at SAW’s Soul Kitchen since 2014, Statham has helped move the company forward all while maintaining his southern roots. While working there, he was featured on “The Alabama Q” documentary and Travel Channel’s “Food Paradise.”

At this year’s WFC, Statham won his category as a rookie head cook which is an achievement very few Food Champs in the competition’s history have been able to do. Previously, he had only participated at the Ultimate Food Fight as a sous chef for his friend and fellow cook, Dan Navarro. Statham decided to step into a head cook role for this year’s competition; however, this decision did not come without some convincing.

“I had originally won my Golden Ticket in 2017, but I decided to hold my ticket, so I could sous chef for Dan at last year’s championships,” explained Statham. “So when the competition moved from Alabama to Dallas, I had my reservations about competing because of the expense and travel time. However, my wife wasn’t going to let me off that easy, and told me ‘you won the ticket, you’re doing this!’”

Statham is certainly thanking his wife now for the extra push to compete.

The Chef category, which was presented by Minor’s®, consisted of three challenges. After his opening scores qualified him for the competition’ sTop Ten Round, the Alabama native had to figure out how to break out from the middle of the scoreboard. He did so with his final dish titled “Brunch Tart with Parmesan Herb Tuile,” which was infused with Wampler’s Omega-3 Sausage. Finishing the competition with an overall score of 93.02 out of a possible 100, Stratham took home the top prize and category title.

Now Statham and the other nine category champions that were crowned at this year’s tournament are preparing for a shot at the overall World Food Champion title in Indianapolis, Indiana of May 2020. Along with claiming ultimate bragging rights as the grand Food Sport victor, WFC’s Final Table Challenge will also award a $100,000 grand prize to the competitor who best navigates their way through the three destination-inspired challenges.

“It is an honor to be competing against these other champions,” said Statham. “For somebody whose wife had to talk him into going to Dallas, this opportunity is surreal. I’m grateful for more chances to prove myself. It’s going to be a lot of fun.” 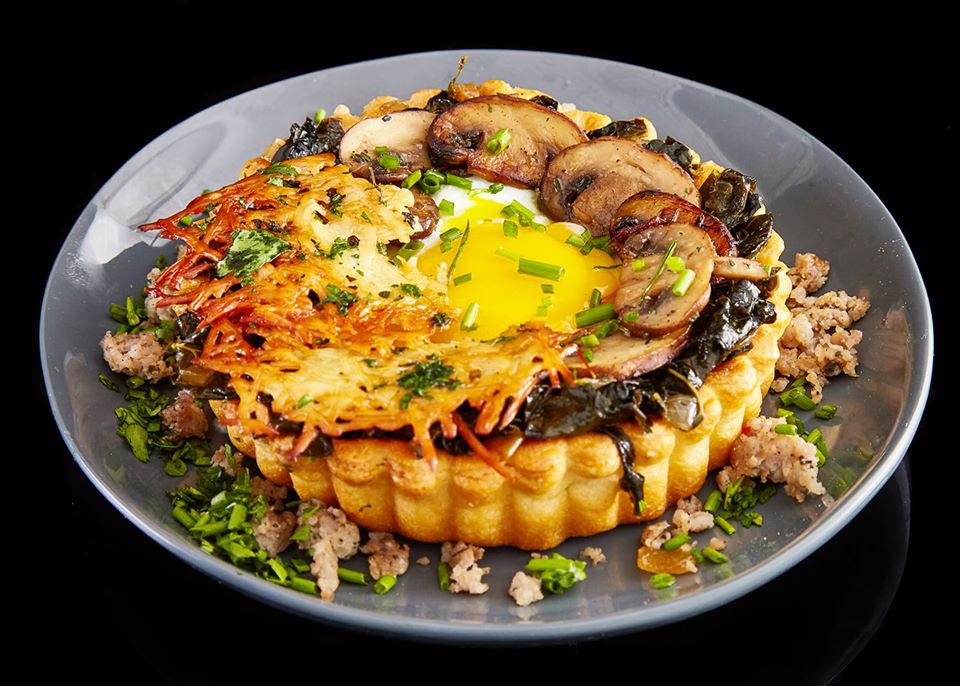