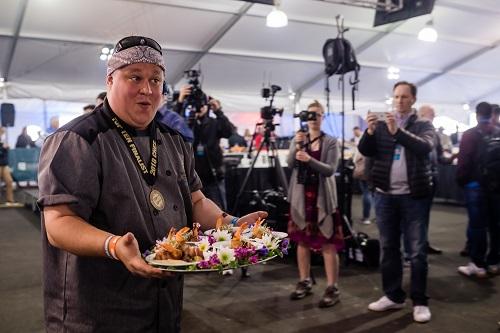 The 8th Annual World Food Championships (WFC) is just weeks away, and its influence is already being felt throughout its new host city, Dallas, Texas. This one-of-a-kind culinary competition and foodie fest is the pinnacle event of Food Sport. WFC is the place where professional chefs and cooks go head-to-head in hopes of grabbing a slice of the biggest prize purse in Food Sport history ––  over $350,000.

So, what is WFC’s recipe for a successful food fight? Check out the ingredients that make up the world’s largest Food Sport event:

Don’t miss your chance to be in the front row of this tasty experience. Daily admission starts out at just $10 but will increase to $20 at the gate (kids 12 and under are free)! Click here to see the full list of food-fun family events happening at WFC.

The 8th Annual WFC, presented by Walmart, will be held Oct. 16-20 at the Reunion Tower Lawn in Dallas, Texas. Find out more about this year’s competition and special food and family events like the World Food Games, Bourb’N’Que and more by visiting at www.worldfoodchampionships.com or follow World Food Championships on Twitter (@WorldFoodChamp), and Facebook or Instagram (@WorldFoodChampionships)