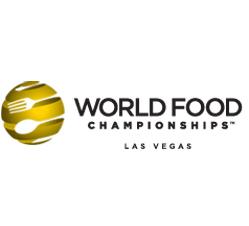 The U.S. Potato Board has signed on as a partner to the World Food Championships for the 2014 competition in downtown Las Vegas Nov. 12-18.

Those who compete in the World Recipe Championship event will have to incorporate potatoes into their recipes. The U.S. Potato Board will host the #TopTater Tournament of Champions event which will pit returning champions against one another in a cooking competition centered on potatoes, according to a news release.

The board will also give one individual a trip to Las Vegas to compete in the World Food Championships in November. Competition hopefuls can enter their potato recipes into the #TopTater Recipe Contest on the board’s Potato Goodness Facebook page for a chance to win the trip.

“The U.S. Potato Board is thrilled to be partnering with the World Food Championships,” Meredith Myers, consumer marketing manager, said in the release. “It’s the perfect platform to showcase potatoes on a global scale.”

This years championships will feature close to 500 of the world’s best cooks and chefs, who will battle for hundreds of thousands of dollars and the title of World Food Champion. Competitors will go through a tournament-style cookoff across nine categories — barbecue, chili, burger, sandwich, recipe, dessert, bacon, pasta and season.

“As a versatile and complimentary part of many recipes, potatoes are a perfect vegetable to feature at our event,” president of the World Food Championships Mike McCloud said in the release.

http://www.thepacker.com/fruit-vegetable-news/US-Potato-Board-partners-with-World-Food-Championships-269430741.html#sthash.0mSzAXAh.dpuf
« Back to News
Search All News SEARCH