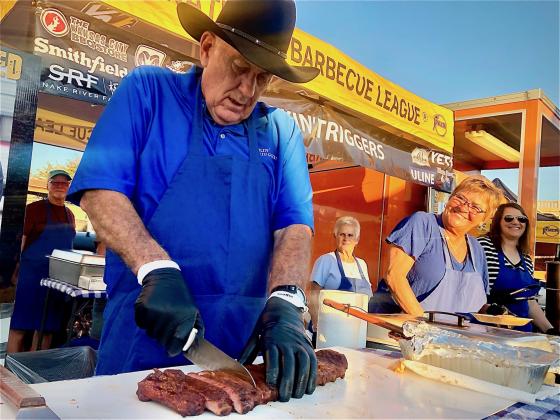 Bites. Bourbon. Barbecue. The leader in the Food Sport announced today that its fan-favorite bourbon and barbecue pairing party is back and bigger than ever as the World Food Championships (WFC) released its official line-up for its Bourb’N’Que event in Dallas, Texas.

The November 6th block party will feature ten of some of the best pitmasters in the country whipping up competition ribs that highlight different American flavor profiles. From Al Pastor Style (pineapple/chili) to Ozarks Style (cooked over live coals hot and fast) to Pirate Style (bacon wrapped raspberry chipotle ribs) and everything in between, Bourb’N’Que attendees will have the opportunity to vote for their favorite flavor through a special People’s Choice process.

The foodie fun doesn’t stop there, though, as each pitmaster will be perfectly pairing the ribs with bourbon samples provided by Bulleit, Sixty Men and more for attendees to sip and savor throughout the event.

“My taste buds get excited every time I think about our Bourb’N’Que event,” said Mike McCloud, CEO and President of WFC. “Not only are we featuring the perfect marriage of bourbon and barbecue, but we’ll be presenting it to the public in the most notable way possible by enlisting the best pitmaster teams from across the country, thanks to our partnership with The BBQ League.”

WFC’s Bourb’N’Que event is open to patrons who are 21+ years of age. It is scheduled to begin at 4 pm Central, November 6th at Fair Park’s Centennial Hall in Dallas, Texas. Click here to secure tickets. A full list of WFC’s foodie fest is available at https://worldfoodchampionships.com/tickets.

Get to know the featured Bourb’N’Que pitmasters: