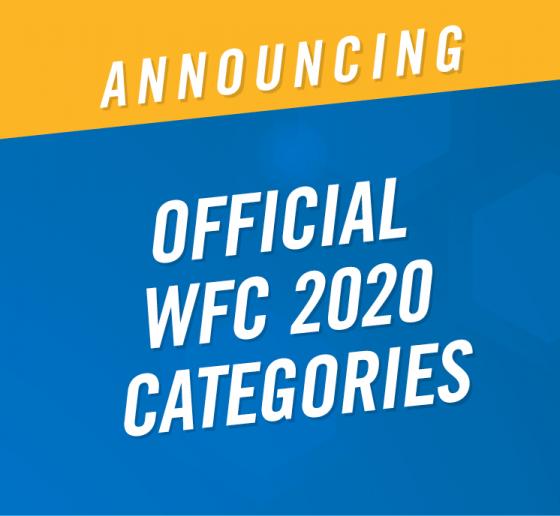 That change will now involve the X-factor, which will reward Champion Chefs with bonus points for creative and elaborate competition dishes.

The WFC culinary showdown, which is held each fall in Dallas and attracts almost 500 teams, will continue to utilize its proprietary E.A.T.™ methodology for judging the 8,000+ dishes at the main event. By scoring dishes on their own merits — using weighted scores for Execution, Appearance and Taste — this process provides a fair system that levels the playing field for home chefs, trained chefs and pro teams.

However, this year one additional factor will be implemented in the judging of Top Ten Final dishes at WFC, where an excellent dish and performance are paramount to becoming a category champion. At this point in the tournament, a special panel of WFC Ambassadors will assess every final entry and apply up to three bonus points for creativity and complexity. These additional points, known as the X-factor, will be added to the contestants’ final E.A.T. score to determine the ultimate winner of each category.

“This is how we plan to reward champion chefs who really push the envelope at WFC,” commented Mike McCloud, President and CEO of WFC. “For years, we have seen fantastic recipes put into play, but we’ve also seen an occasional ‘play it safe’ mentality. No longer will that work if you want to be a champion. It’s now all about bringing your best idea, your best performance, and your best recipe execution to the table.”

While the X-Factor will only be introduced in the event’s Top Ten Rounds for 2020, McCloud pointed out that all contestants should be paying attention to this development.

“Eventually, we will apply this X factor to the Opening Rounds through the Signature dish entry,” he commented. “It’s just a matter of time. So for the 10,000+ culinary competitors we track at more than 2,000 events in the world, my advice is to pay very close attention to what happens in the Top Ten rounds at WFC in 2020.”

More details and advice on the E.A.T.-X methodology will be released through WFC’s social media channels in the coming months. In particular, a new Food Sport Nation website will reveal past champions and WFC Ambassadors’ commentary on all aspects of the E.A.T.-X process, including other key developments in Food Sport.

Another key change in the rules was made in the age restrictions of official head cooks. Now a minor can actually register and be officially rewarded for performance at WFC, as long as a parent or legal guardian is assisting him or her in the cooking process. Along with the age revision for head cooks, WFC has also modified its cheferee criteria to further secure fairness within the tournament. Under the new rule, cheferees may not compete nor assist for another competitor even if it’s in a category they are not refereeing. In addition, cheferees with family members actively competing will not be permitted to referee during the tournament in any category.

“Every year we get really good feedback from our contestants and the Food Sport community,” commented WFC Ambassador Suzanne Clark, who is a two-time World Pasta Champion. “These rules changes are ways that we can be responsive to many worthy requests, while also expanding the WFC opportunities to many passionate, talented cooks out there.”

To review the 2020 Official Rules and Infractions, click here.