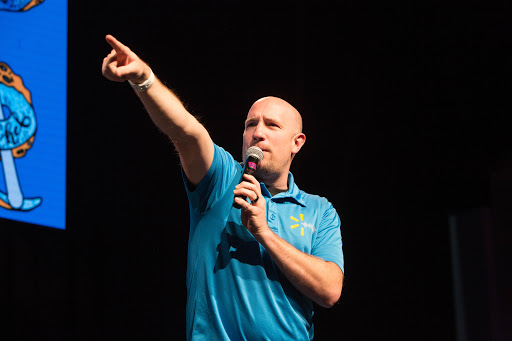 The World Food Championships (WFC) is dishing up new ways to reward competitors at its 8th annual event. Competitors, volunteers and brands will get a chance to be recognized on the big stage for their efforts and contributions during WFC.

In addition to the awards given in previous years such as the Sous Chef of the Year and Veronica Greene “Sunshine” award, WFC is adding Supplier of the Year, Rookie of the Year and the John Corey Spark Award. The awards ceremony will be held Saturday and Sunday nights from 7 p.m. to 9:30 p.m in the Reunion Ballroom on the Exhibition Level of the Hyatt Regency Dallas.

Sous Chef of the Year is given to the most helpful teammate during competition. Any team can nominate their Sous Chef by letting an official WFC Ambassador know his or her story! The Ambassadors will then convene and vote on who is most deserving.

Veronica Greene Sunshine Award is given to the volunteer that shows the most positive efforts toward the event, all competitors and judges, and patrons at the event during the entire five days. This award is in honor of late WFC employee Veronica Greene, who was the definition of “Sunshine” with her ever-present smile and positive personality. Yearly, the WFC staff notices a volunteer that exemplifies the Veronica Greene attitude and nominates individuals for the award.

Supplier of the Year is for a sponsor that has gone above and beyond for the event. Without sponsors, this event would not be possible. The sponsor that brings the most positive relationship and experience in the 2019 year will be selected for this award by WFC staff and Walmart executives.

Rookie of the Year will be awarded to a Food Sport newcomer that, despite their lack of history, defeated the odds and had an outstanding performance. Food Sport typically has a learning curve and a rookie that is ahead of the game deserves to be recognized.

John Corey Spark Award is an award presented by WFC and Walmart in which one competitor will be awarded for excellent attitude and determination, as a tribute to the late WFC Ambassador and Cheferee, John Corey. John was the epitome of the Food Sport spirit and WFC mission.