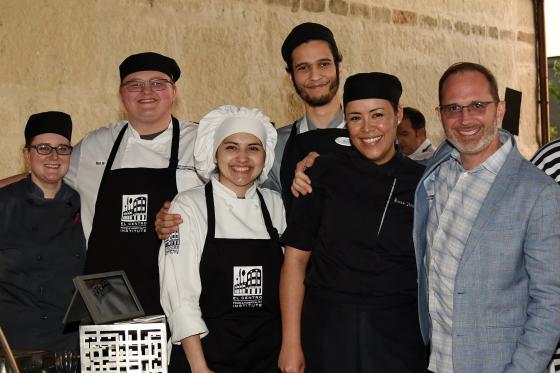 The largest Food Sport competition, the World Food Championships (WFC),  requires an “all hands on deck” strategy to ensure that its Main Event runs smoothly and effectively. For this year’s Ultimate Food Fight, WFC has partnered with El Centro College to help make sure the food fighting action stays under control by filling 400 volunteer positions.

“We want to do everything in our power to make sure both attendees and cooks are having the best experience possible at WFC,” said Mike McCloud, CEO and President of WFC. “The help we are receiving from El Centro College is going to be an essential part of making sure this year’s event is another success.”

El Centro College was the first college to open its doors in the Dallas district in 1966. Named after its central location in the Dallas County area, El Centro offers more than 30 certificates or degree programs, at multiple Dallas locations, that are transferable to four-year universities.

WFC volunteers hold various positions throughout the championships including various shifts for pre, during, and post events and attractions. Anyone interested can start as early as October 13. Individuals who complete a volunteer shift at the Ultimate Food Fight will receive perks for lending a helping hand. Volunteer benefits include a·FREE souvenir T-shirt and two free passes to WFC (for access during a non-volunteer day).