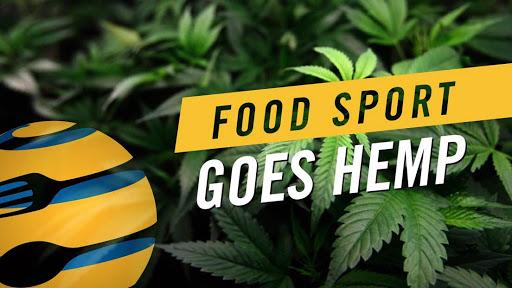 The World Food Championships (WFC) announced today that it will sanction and judge the first Hemp-derived CBD infusion at a Food Sport competition during its debut this October in Dallas, Texas.

As CBD-infused food products gain momentum in both pharmaceutical and consumer food markets, WFC made the decision to integrate the Hemp-derived aspect through its World Recipe Championship — one of the ten key categories that draws more than 500 teams annually to its high-stakes, culinary platform.

“We’ve been watching this trend for quite a while now, and it’s one that has intrigued us from the beginning,” said Mike McCloud, President and CEO of WFC. “We felt like it was time to see what our competitors can bring to the table in this new trend for food, and we think it’s a perfect opportunity to address some of the confusion and misinformation that surrounds the use of Hemp in foods.”

The CBD element will focus on a Hemp-derived, non-intoxicating extract that can be infused into the Top Ten dishes of the Recipe round. Typically, an infusion can be a hot sauce, cream, alcohol or another challenging ingredient that doesn’t always incorporate as easily as it sounds.

“Unique ingredient infusions are one of the hallmarks of how we crown our champions,” McCloud stated. “This will be yet another example of how our event is leading the way in Food Sport, while also developing an insightful, creative opportunity for the competitors and companies involved.”

CBD-infused edibles have been around for years. Recently, many major food companies are infusing the Hemp extract into their product research and development because of its potential health benefits. As claimed by many hemp experts, hemp-derived CBD is a non-intoxicating compound found in cannabis that may help consumers fight anxiety, pain and insomnia.

Hemp became legal in the U.S. in December 2018 when President Trump signed the farm bill into law. However, the Food and Drug Administration (FDA) must still approve any CBD-infused foods or products that include CBD and claim to have any therapeutic benefits. Hemp is expected to be legalized in Texas this year following the plant’s legalization at the federal level.

More details will be released on August 1st in WFC’s competitor packets which will cover how and what brand of hemp oil must be infused during the tournament.

The 8th Annual WFC — which will be held Oct 16-20 at Reunion Tower Lawn in the heart of Dallas — will conduct championships in Barbecue, Bacon, Burger, Chef, Chili, Dessert, Recipe, Sandwich, Seafood and Steak at its Main Event. From there, the champions of each category will go on to a Final Table challenge to compete for $100,000.

The World Food Championships (WFC) is the highest stakes food competition in the world. This multi-day, live-event culinary competition showcases some of the world's best cooking masters competing for food, fame and fortune in ten categories: Bacon, Barbecue, Burger, Chef, Chili, Dessert, Recipe, Sandwich, Seafood and Steak. In 2018, over 1,500 contestants on nearly 500 official teams from 42 American states and 12 countries competed. More than 20 million people have attended WFC or have seen it on national TV over the past seven years. The 2019 Main Event will be held in Dallas, Texas at Reunion Tower Lawn, Oct. 16-20, 2019.