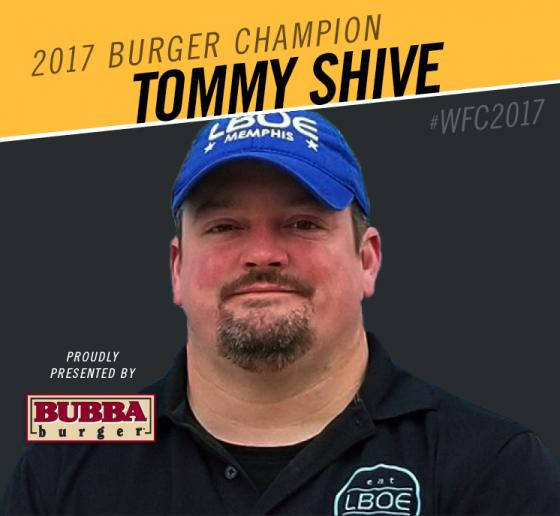 They say “patience is a virtue.” For one Memphis chef, it’s also a path to victory.

Managing a restaurant in a town that’s known for great barbecue might lead you to think that a chef’s goal of competing for a burger crown is a bit confusing. But not for Tommy Shive. In fact, it was a goal Shive set out to achieve long ago.

Shive had his heart set on competing in the burger category at the World Food Championships in 2016. That’s when he won the Best Memphis Burger Fest. But while checking into the WFC, he learned that the burger category (one of the fastest to fill up) was completely full. He was given the option to compete in another category or set it out for a year and be first in for burger in 2017. He decided to wait, and what a great choice that was. Because on Nov 12th, Shive took home the 2017 World Burger Championship crown and a $10,000 prize pack.

The Sixth Annual World Food Championships was held at The Wharf in Orange Beach, Alabama. The largest Food Sport event in the world, WFC is the only cooking competition where home cooks go head to head with professional chefs and competition teams. Winners are selected tournament-style in ten food categories: Barbecue, Chef, Chili, Burger, Sandwich, Recipe, Bacon, Dessert, Seafood, and Steak. After qualifying through regional and international competitions or online recipe contests, WFC participants cook two dishes for the chance to move on to the Top Ten round in their category. The top performing cook takes home a $10,000 prize purse and the bragging rights as champion of his or her division. Dishes are evaluated by certified judges using the WFC’s proprietary EAT (Execution/Appearance/Taste) criteria to determine who will advance to the Final Table challenge to compete for an additional grand prize purse of $100,000.

Although Shive has had no professional culinary training, he certainly knows his way around the kitchen. Shive spent 15 years in restaurant management before becoming general manager of Last Burger on Earth in October of 2014. In addition to being general manger, Shive also competes in several barbeque competitions throughout the year. Even for a seasoned competitor like Shive, though, WFC proved to be challenging.

“WFC is a lot more intense than any competition I’ve ever been in before,” explained Shive.

Turns out that he and his team know how to handle the heat in the Kitchen Arena, though, because after the opening round (which requires two different dishes), Shive found himself in fifth place. The final challenge for his team, which would count for 60% of his total score, required using an egg as an infusion. With this information top of mind, Shive contemplated the best strategy for his final dish.

“In the first round we had already incorporated a fried egg, so we considered doing the same thing,” explained Shive. “In the end, I really wanted to find a way to set us apart from the rest of the competition, so we decided to go with an Eggs Benedict Burger.”

Poached to perfection, his dish secured Shive the best score of the round and vaulted him into first place. As a result, Shive also earned a trip to the Final Table that is set to take place in April 2018. There he will battle the nine other category champs and one will walk away with the grand prize of $100,000 and be crowned the 2018 World Food Champ. For this WFC rookie, he is going into the final face-off with his best foot forward and an open mind.

“Going into the final competition, I have no expectations. I’ll be competing against the best chefs in their respective categories,” said Shive. “No one from burger has been able to take home the whole thing before, and I’m going to try my best to change that.”

Stay tuned to hear more about WFC Final Table challenge in the coming weeks. To review all the 2017 World Food Championship scores and results, visit https://worldfoodchampionships.com/scores or like the event’s Facebook page. 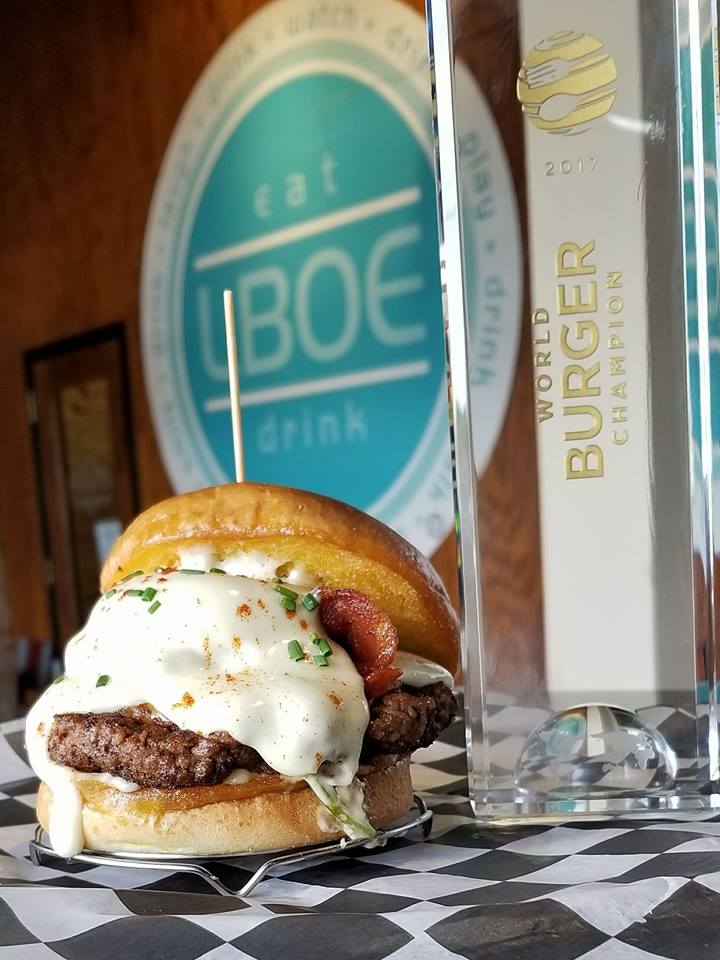