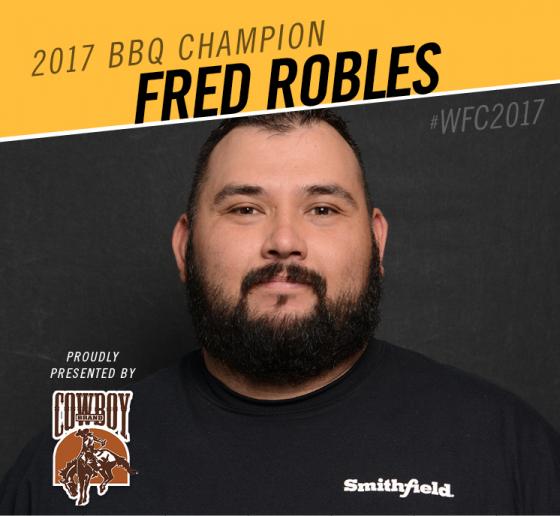 The 6th Annual WFC held an IBCA-sanctioned event, in addition to a KCBS competition, to determine who would make the Top 10 final round in barbecue. The top five qualifiers from the IBCA and KCBS competitions then battled it out in a hot and fast round (using a time frame that is consistent in the other WFC categories) to see who would take home the 2017 BBQ title and $10,000 prize package. It was a whirlwind of fun, activity and pressure for the competing pitmasters, thanks to the category sponsors of Western Premium BBQ Products and Cowboy Charcoal.

“This was our first year competing at WFC,” said Robles. “I signed up because of the way WFC marketed the event as an IBCA vs. KCBS challenge. As an IBCA pitmaster, I wanted to test my skills in both rounds and hopefully come out on top.”

That he did. Robles finished as Grand Champion in the IBCA contest, which put him into the Top 10 final challenge - BUT, with no advantage points. In fact, all 10 pitmasters started at ground zero at this point, which was designed to test their “low and slow” skills in addition to their “hot and fast” abilities. Additionally, there was a required infusion in the Top 10 - thanks to Rufus Teague BBQ sauces. As you can imagine, this really shook things up.

“I was nervous about the finals when I realized that I would be facing off against nine other great teams for a chance at $10,000,” said Robles. But he wasn’t daunted. In fact, he built his dish within the tighter time constraints and used the key ingredients to produce a great dish. Once he set his dish down on the turn-in table, he thought, “We have as good a chance as anyone to win this event.”

“I knew we had turned into an outstanding dish,” recalls Robles, who owns and operates a full-service butcher shop in Texas, started cooking competitively in 2013. “My only hope was that the judges thought the same thing I did.”

The Weslaco, Texas pitmaster added that the whole WFC experience was overwhelming.

“All I remember is everyone turning around and looking at me (on stage). I remember the hugs and congratulations. When I was asked “how does it feel?’, I was overcome by emotions. Either that or someone was chopping onions because my eyes were really watery!” confessed Robles.

Robles will now prepare to battle it out against nine other category champions at WFC’s Final Table in April of 2018, where the winner will go home with an incredible $100,000 grand prize package.

To review all the 2017 World Food Championship scores and results, visit https://worldfoodchampionships.com/scoresor like the event’s Facebook page. 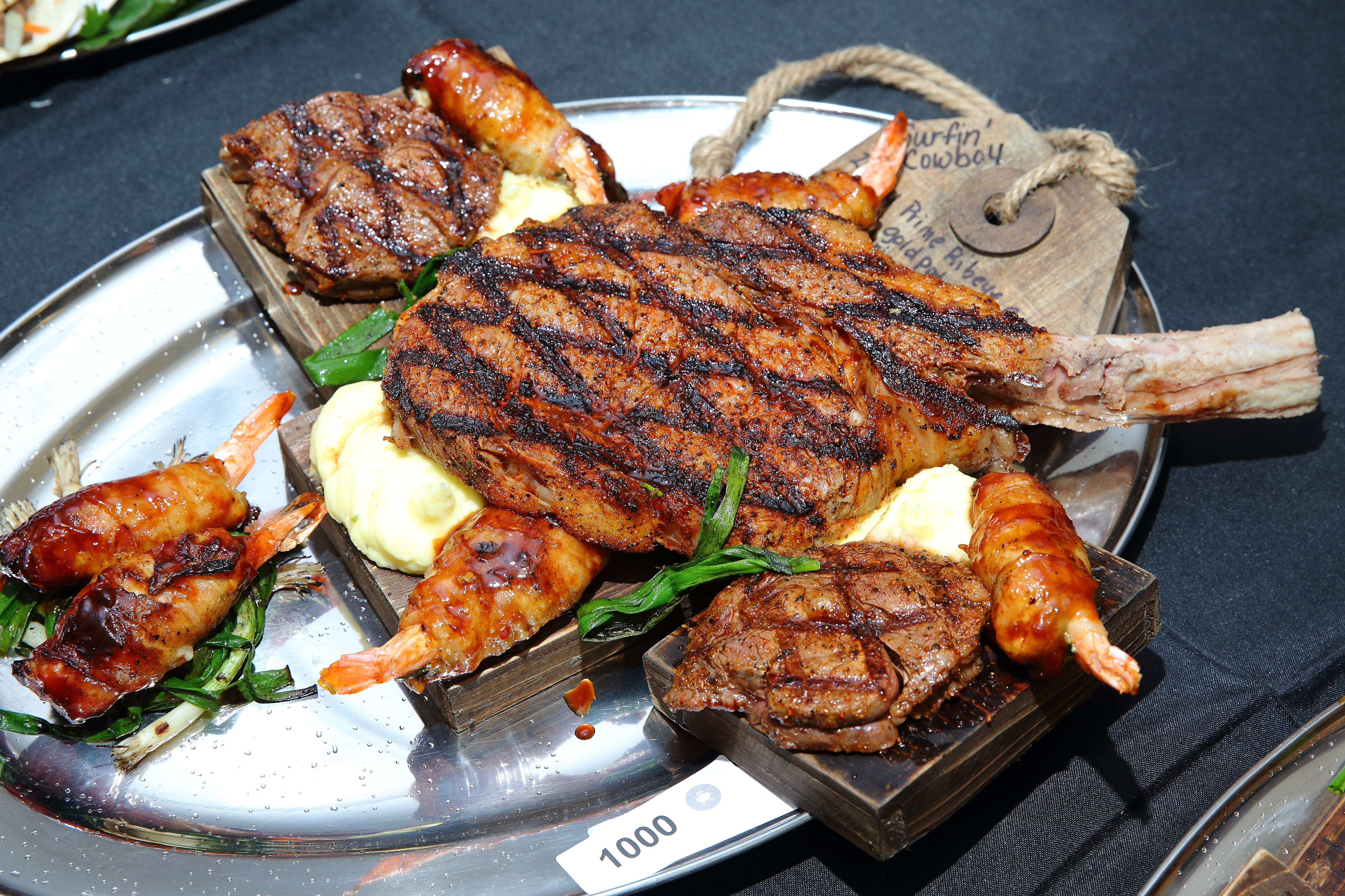