“Cook Your Way to the Beach” Online Recipe Contest Returns 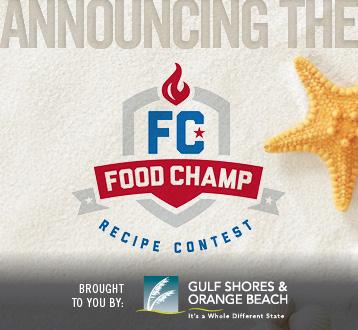 ORANGE BEACH, Ala. (April 13, 2017) -- Fishing for a way to earn that 2017 WFC Golden Ticket? Then cast your eyes on the 2nd Annual “Cook Your Way to the Beach” Online Recipe Contest, presented by WFC’s primary sponsor, Gulf Shores & Orange Beach Tourism (GSOBT).This online recipe contest — which opens April 21 at 8 A.M. CST and closes May 1 at 11:59 P.M. CST —  invites you to submit your best seafood dishes with very few, simple rules:

The “Cook Your Way to the Beach” Grand Champion will win a waived entry fee and a $500 travel stipend to compete in World Food Seafood Championship at WFC 2017! The four runners-up will receive a Golden Ticket (qualification only) to the World Food Championship.

On April 21, submit all recipes and photos to WFC’s Facebook Page: