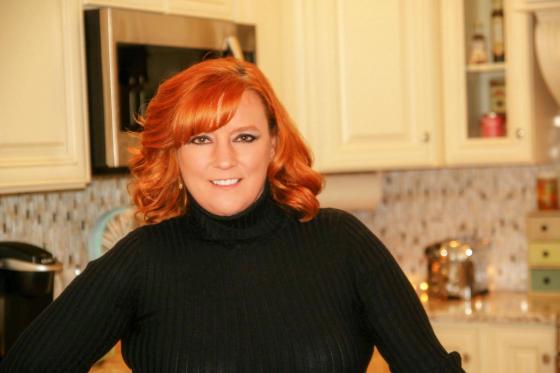 After finishing second in the Bacon category at the World Food Championships in 2015, Colleen Curley of Onsted, MI had some unfinished business to address at this year’s competition held last November at The Wharf in Orange Beach, AL. The World Food Championships are unique as the largest competition in Food Sports and also as the only event where professional chefs compete against home cooks and avid weekend warriors who participate in contests across the country and around the world.

Based on her 2015 performance, Curley was an automatic qualifier for this year’s WFC, and she took full advantage of her status, earning her way into the Top Ten through two preliminary rounds of competition. In the first, she created a dish within the “structured build” requirements of including cornbread in her dish followed by a cook’s choice round. Lurking in the middle of the Top Ten leading into the final round, Curley had a good feeling about her chances. “Having one year of this competition under my belt, I had a different sense of confidence this year. I was definitely more confident this year than last.”

For the Top Ten, all the contestants were required to include the “infused ingredient” of chocolate in their dish for the judges. Curley’s entry impressed them enough that they awarded her a score that vaulted her into first place and garnered her the $10,000 first prize and title of Bacon World Champion. It also earned her a spot at the Final Table for her chance at winning the $100,000 grand prize.

At the Final Table, the panel of judges included award-winning competitive chefs like Chris Lilly and Jason Stucki, celebrity chef/restaurateurs Bob Baumhower and Vic Vegas, and Katie Barreira, the Test Kitchen Director for Time, Inc. Food Studios. Faced with this august group of knowledgeable judges as well the world champions in eight other food categories, Curley went back to her roots for her final entry.

She explains, “The recipe I created at the Final Table was what won me a spot into the WFC last year, so we tweaked it a bit and brought it back for the judges.” While in the end, this dish fell short of winning the big prize, Curley did achieve her goal of winning her category and taking home the Bacon Champ title and the big check that accompanies it. She plans to spend the next year getting ready to make the next step to World Food Champion.

“It’s all about practice, practice, practice. You’re only as good as the last dish you presented, so don’t leave out any detail. Each round is equally important. If you practice your dishes over and over, and perfect them with the input of others, you will be the best!”
« Back to News
Search All News SEARCH