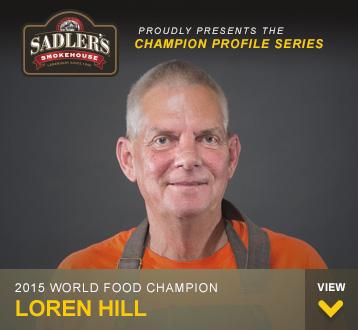 NASHVILLE -- Hauling out their own Yeti Coolers and bright orange Gateway Drum Smokers from a 14-year-old minivan did not indicate royalty had arrived at the 2015 World Food Championships this past November. But make no mistake: Cheryl and Loren Hill, recently named the American Royal Invitational BBQ champions, were here to add to their crowns.

In an arena where points are awarded to the fourth decimal, final scores can be tiny fractions apart. Not so at this year’s World Barbecue Championship, where the Smoking Hills commandeered a clear win. Their first place overall score for chicken, brisket, ribs and pork would put them in the limelight, holding a $10,000 check and a new grand championship.

The win also carried a new challenge: The couple would now represent Barbecue in WFC’s ultimate competition – The Final Table – where they would square off with winners of eight other categories for a $100,000 grand prize.

All other category competitions had taken place in one location –  the world’s largest outdoor kitchen, Kenmore Kitchen Arena – but the Hill’s barbecue competition took place several miles away. Participating in the Final Table meant a physical move to a new venue, which tested the Hills’ skills in time and stress management. 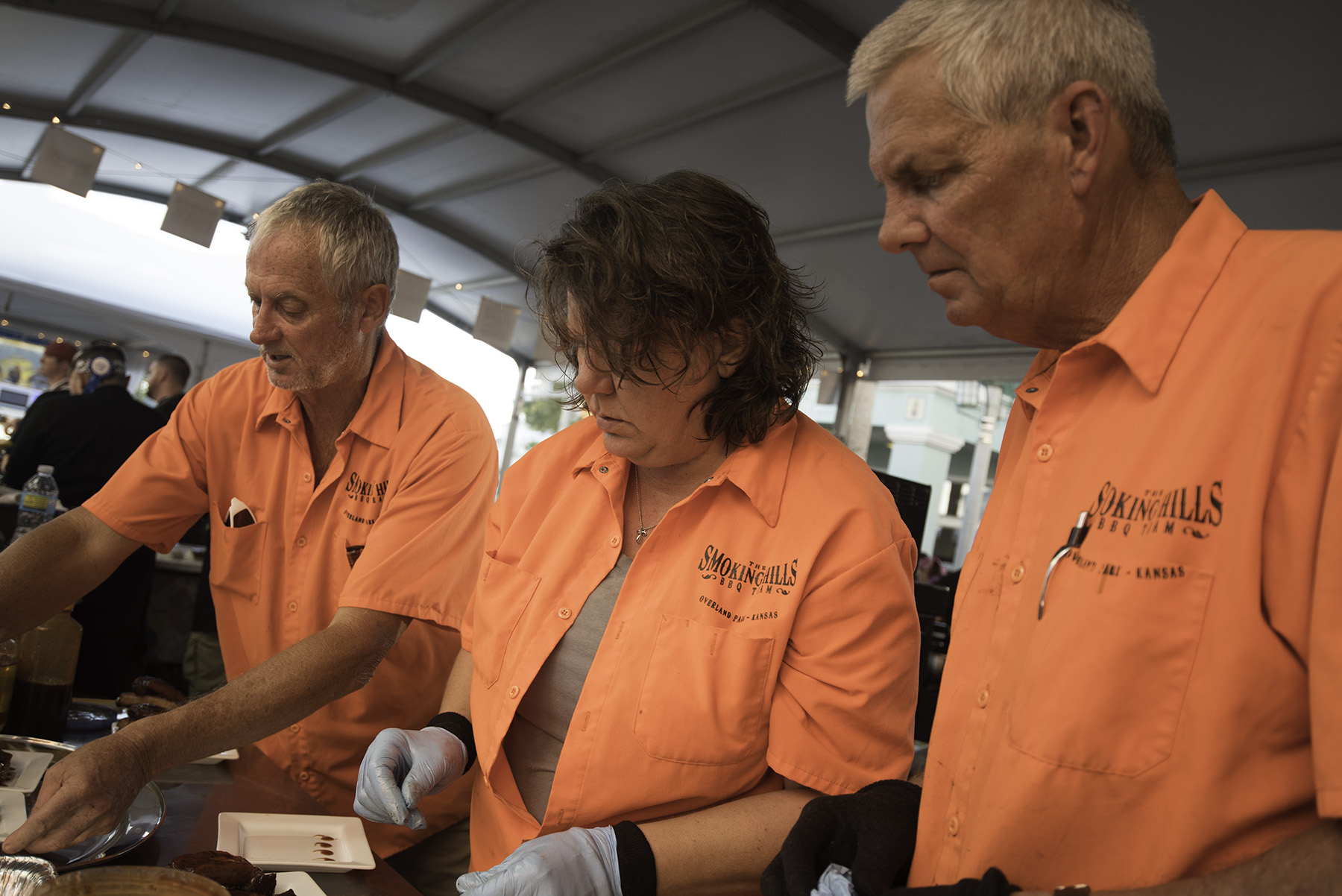 The Smoking Hills’ packed up their coolers and smokers and started sourcing meats. They also had to learn the rules that would govern the Final Table. The contest would be governed by World Food Championships’ proprietary EAT™ Methodology. The WFC’s scoring system essentially levels the playing field, requiring judges to score food based on Execution (35%), Appearance (15%) and the all-important quality of Taste (50%).

The eight other category winners had been governed by these rules in their Opening and Secondary Rounds. The Smoking Hills would need to transition their thinking from the more familiar rules used by the Kansas City Barbeque Society, which sanctioned WFC’s Barbecue event.

As the Hills carried their turn-in platter to the judges, Loren admits to a silent prayer that they would not drop anything. From there they would watch their reactions as judges sampled the ribs and provided feedback on all of the turn-ins, including their own.At the Final Table, there would be only one turn-in and the competitors were challenged to select their very best recipe. Loren and Cheryl Hill made the decision to go with Ribs, flanked by Burnt Ends. The Hills entered Kenmore Kitchen Arena first, since Barbecue would require the entire day to cook.

The combined final score from the five Final Table judges the overall World Food Championships winner. The Smoking Hills would end up outscoring the other competitors in each category.

An elated and emotional Loren and Cheryl Hill found themselves again on the Main Stage, this time as the 2015 World Food Champion. In the four-year history of the WFC, it would be the first time Barbecue was named the ultimate winner.

With such an incredibly successful year, one would think The Smoking Hills had been around for a very long time. In reality, the husband and wife team have been part of the barbecue competition world only a decade. Neither can recall exactly when they started, but Loren is quick to say that they started like most of the teams on the circuit.

The Smoking Hills actually got its start in the 1990s when a group of five friends, with Loren as the “chicken cook,” competed in the two Kansas City-based BBQ competitions, The Kansas Speedway and the Kansas City Royal.  After five years, the friends drifted apart on the circuit, and Loren’s affinity for the speedway lured him onto the track as a stock car race driver. Explains Loren: “It was expensive and time consuming.”

“We started doing new things and trying to change things up. I did some cooking with other people,” he said. “I learned you can’t change everything up and stay consistent. That’s when it came back to life.” 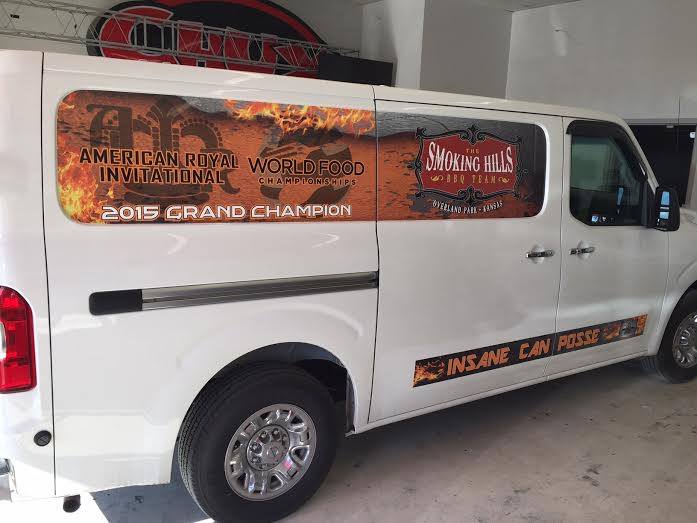 When they decided to return to basics, their competition results turned around.

Cheryl Hill may well be the secret weapon of the team. As the official taste tester of all of the pork, brisket and ribs, she makes the call about which pieces will ultimately go to the judges’ tables.

“Loren is driving the van home,” she whispered to a staffer who recognized her in line. “I have a job to get back to and they’ll kill me if I take any more time off.”Following the World Food Championships, she found herself in line to board her flight home to Kansas on the same plane taking the event’s staff back to headquarters in Nashville.

As the plane landed in Nashville, the flight crew of Southwest Airlines welcomed folks to Music City and then went on to congratulate their special passenger, Cheryl Hill - winner of the $100,000 grand prize from the 2015 World Food Championships.

The Smoking Hills are taking a short break from the road as they transition into a brand new year. They plan to defend their title at the 2016 World Food Championships. They will be arriving in a new custom-wrapped van, having made the decision to invest some of their winnings in a vehicle that does not have 200,000 miles on it. The first items to move into the van, the hardware proof of their royal standing in the food sport world – a set of very impressive trophies.