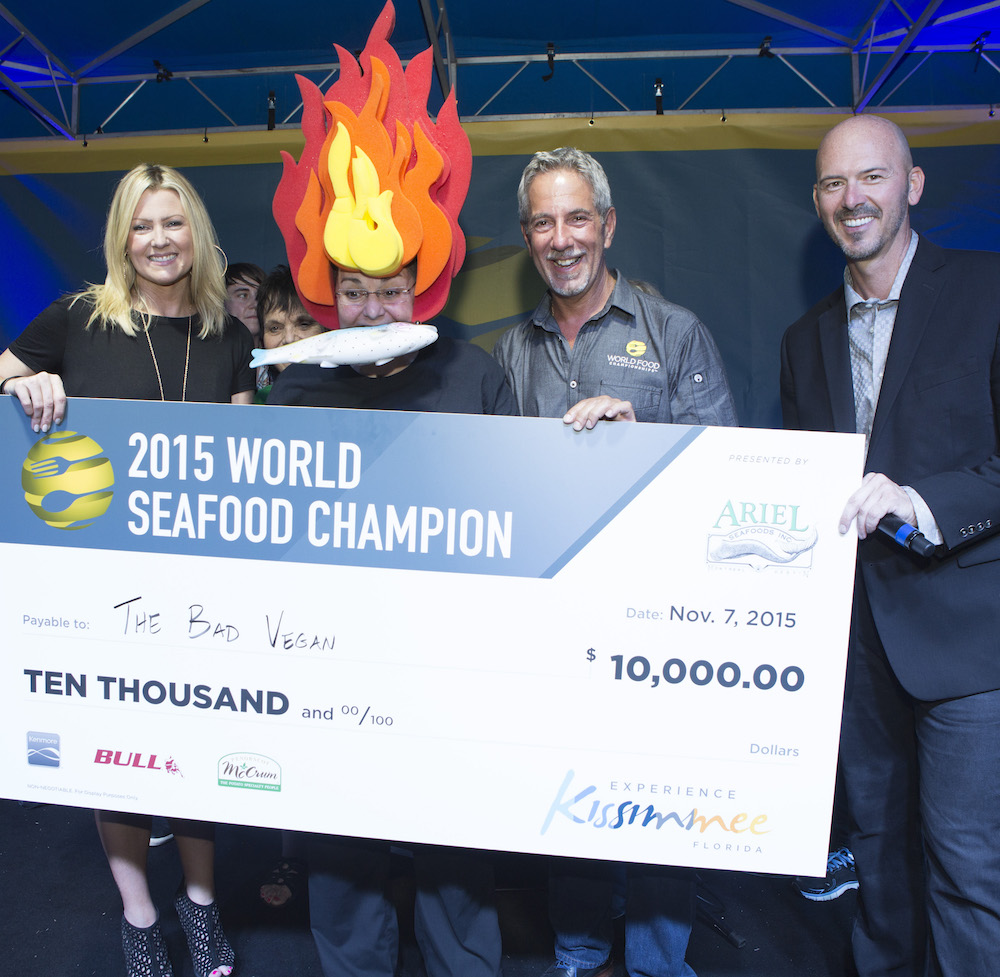 KISSIMMEE, Fla. (Nov. 8, 2015) – WORLD FOOD CHAMPIONSHIPS, the largest event in the growing global Food Sport scene, capped a week of events by naming nine new World Champions this weekend, setting the field for FINAL TABLE on Tuesday, Nov. 10, the winner of which will receive an additional $100,000.

The Head Cooks for WFC’s 2015 category champions include:

As part of Tuesday night’s FINAL TABLE event, these nine Champions will prepare dishes representative of the categories they won. Those dishes will be scored using WFC’s unique EAT Methodology, which awards points for the Execution of a recipe, the Appearance of the presentation plate and the all-important aspect of Taste. A perfect score is 100. The scoring system levels the judging field so that dishes from different categories can be evaluated against one another.

The Champion whose Final Table dish scores the highest will become the 2015 World Food Champion and win $100,000.

About the World Food Championships
The World Food Championships (www.worldfoodchampionships.com) features hundreds of competitors seeking food fame and fortune in Kissimmee, Fla. The fourth annual event, scheduled for November 3-10, 2015, invites champions from the biggest and best food competitions around the world into a single high-stakes culinary showdown for hundreds of thousands of dollars. Following a tournament-style format across multiple iconic food categories, the WFC culminates with a Final Table faceoff where category champions brave potential elimination in front of a live audience and a discerning panel of culinary judges. The World Food Championships is owned and produced by Nashville-based MMA Creative.