How the Canadian Food Championships will feed into the WFC 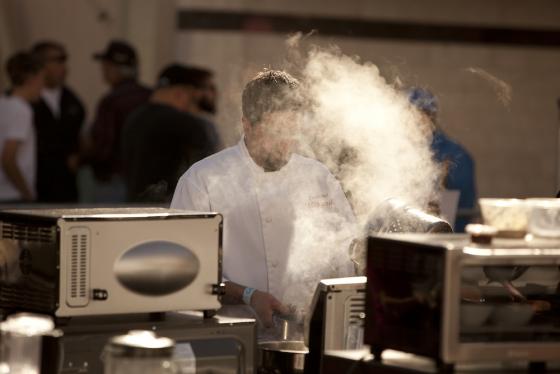 The Canadian Food Championships is set to take place July 21-25 in downtown Edmonton, in conjunction with Taste of Edmonton. As the exclusive Canadian gateway to WFC, the Canadian Food Championships will provide chefs, home cooks and foodies of all backgrounds – provided they are Canadian residents – a chance to compete for cash, bragging rights and “Golden Maple Leaf” tickets that will cover travel expenses and entry fees into the 2015 WFC, which will be held in Kissimmee, Florida.

So what does this exclusive gateway actually mean to teams, chefs and cooks from Canada? Here are a few key factors we can share to explain the new allegiance.

As for what happens at CFC, the structure of the competition will be similar to the Super Regional competitions that took place in 2014, where competitors earn their way to compete in the WFC by winning (or placing in the top finishing spots) in a category of their choice. Those categories and top finishing spots will also be announced in Jan. 2015, both by WFC and the CFC.

We hope you are as excited about the Canadian Food Championships as we are. It is the first official step toward our international tournament model that will bring competitors from around the globe to the biggest, baddest, boldest food competition in the world!

So stay tuned to worldfoodchampionships.com and eventsedmonton.ca for more information in the coming weeks regarding the Canadian Food Championships and other exciting news! In the meantime, if you want to volunteer, compete or judge at the CFC, please contact Shannon Armstrong at sarmstrong@eventsedmonton.ca. If you have questions about the relationships between CFC and WFC, please contact us at info@worldfoodchampionships.com.