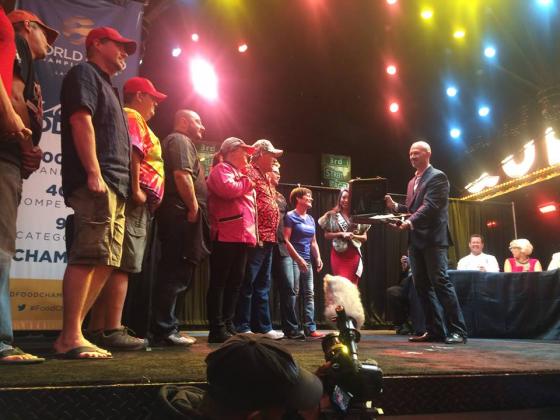 To even qualify for the Final Table, each competitor would best 400 other hopefuls with the dream of cooking for $100,000 and the title of World Food Champion.

"I was impressed with every entry given at the Final Table," said Kari Karch, Kenmore® Brand’s executive chef and WFC Final Table Judge. "The amount of time, energy, patience, precision and technique that goes into creating a dish worthy of this competition is staggering.  Regardless of where they placed at the Final Table, each of these competitors are already champions."

Competitors will now look toward the year-long journey to the 2015 World Food Championships which will take place in Kissimmee, Fla. from Nov. 1 through 8, 2015.