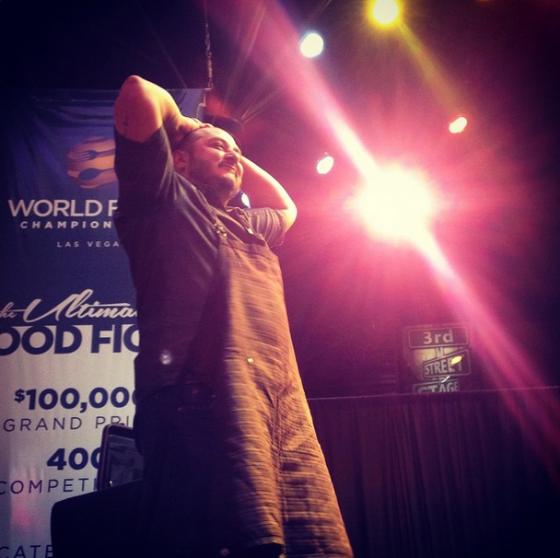 “I’m ecstatic. I can’t believe that I won,” said Heredia. “The key is not only your planning and proper execution, but it’s about bringing your full A-game. If you hinder or hesitate one second, then you’re second or third place. You’re not number one.”

“I think it’s true what they say about the third time being the charm," said Mike McCloud, president of the World Food Championships. "This year’s championship was absolutely the best ever. Food Sport has reached a new level, thanks to the passion, creativity and performance of 400 of the best culinary competitors we have ever seen.”

Now $100,000 richer, Heredia plans to spend some time traveling to different countries and working on getting his own 501c3 started to serve his neighborhood youth.