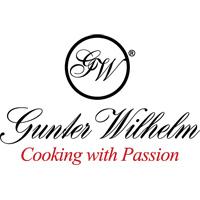 The World Food Championships announced today that Gunter Wilhelm™ has joined its roster of sponsors by becoming the official cutlery of the 2014 event, which takes place next week in Downtown Las Vegas, Nov. 12-18.

The sponsorship adds a nice bonus — a distinguished knife and/or cookware set — to the winner of the WFC’s nine official categories, which include BBQ, Chili, Burger, Sandwich, Dessert, Seafood, Cheese, Bacon and Pasta. The winner of the World Chef’s Challenge, a featured demo event in the Downtown Las Vegas Events Center, will also win one of the Gunter Wilhelm™ prize packs.

“The World Food Championships help us further our mission to give the best kitchen tools to chefs of every skill level,” said David Malek, partner at Gunter Wilhelm™. “Our cutlery is designed to be used by the home chef with the quality that is used in a professional kitchen.”