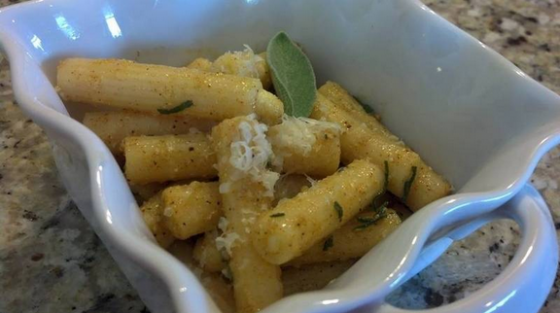 Don't call her a contester just yet. That's what her mom is, claims Ann Jones, a mom herself residing in Geneva.

Jones heads to Las Vegas this weekend to compete with a couple of hundred other enthusiastic home cooks and professional chefs in the massive World Food Champsionsips. The multiday food sport event runs Nov. 12-18 and will showcase more than 400 competitors. The contest, in its third year, names a winner in each of 10 categories as well as a Best of Show.

In September, she recalls, she entered a pasta recipe -- Pumpkin-Ricotta Filled Ziti with Sage Brown Butter -- on a whim through the Kenmore's cookmore online cooking community.

Her mother has entered dozens of cooking contests over the years and also is competing in the pasta category at the World Food Championships.

Best of luck to all of them.