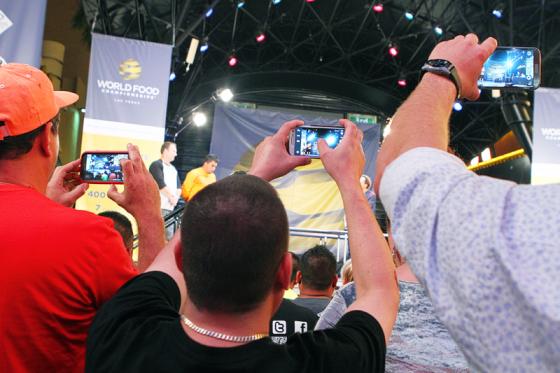 The World Food Championships has released the competition and entertainment schedule for the 2014 event this November in Las Vegas. The week-long slate of food fun and festivities kicks off on Wednesday, November 12th with preliminary round competitions and the return of the popular WFC Parade of Champions and Welcome Reception.  If you haven't made plans to attend this year's event, we've got options for foodies of all kinds and appetites.

Monday, November 17
ADDITIONAL EVENTS
Champions for a Cause

Additional competition information and specific schedule information will be released with the competitor packets in mid to late September.  For additional information about special grazing and WFC eating events visit:  http://www.worldfoodchampionships.com/tickets.
« Back to News
Search All News SEARCH