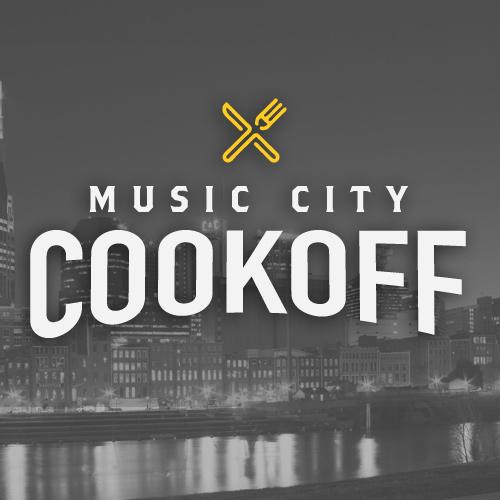 The World Food Championships announced today the first-ever Super Regional qualifying competition will take place in Nashville, Tenn. On Sept. 5-6, the Music City Cookoff, presented by Goo Goo Cluster®, will bring cooks and chefs to the Taste of Tennessee Festival at the Tennessee State Fairgrounds to battle it out on Kenmore® Brand appliances where 10 competitors will earn their way to the World Food Championships main event.

The Music City Cookoff will feature up to 60 home cooks, chefs, restaurateurs and anyone with a knack for cooking, facing-off in one of the three culinary competitions: Cheese, Seafood and Dessert. Similar to the championship in Las Vegas, contestants will be forced to compete against nature, a clock and a field of talented cooks from all walks of life. Competitors in the dessert category will be competing in a special Goo Goo Cluster-themed contest, featuring the Tennessee-based confection.

“This event is particularly special to us as the heartbeat and operations of the World Food Championships exists in Nashville,” said Mike McCloud, president of the World Food Championships.  “We are fully aware of the burgeoning culinary destination that Nashville is becoming, and are excited to see what kind of hometown delights will be going on to compete in the ultimate food fight in Las Vegas.”

“Music City will be rocking when this culinary championship kicks off in September,” said Kari Karch, executive chef at Kenmore and host of the WFC Super Regionals. “I can’t wait to see what culinary delights the competitors dream up for this competition.”

Registration for the Music City Cookoff will open soon at www.worldfoodchampionships.com/super-regionals.

To catch a glimpse of the food frenzy, simply tune into the WFC’s reality TV show, which began airing on July 10 on A+E Networks’ new FYI network. The show features “joes” and “pros” from the 2013 event as they battle it out for bragging rights and hundreds of thousands of dollars over six episodes.

In 2014, the World Food Championships, which will feature a $100,000 grand prize this year, will take place in downtown Las Vegas, Nov. 12-18.  Following a tournament-style format with almost 500 competitors, the WFC main event will consist of nine food categories — BBQ, chili, burger, sandwich, recipe, dessert, bacon, pasta and seafood. To compete in the event, competitors have to win an automatic qualifying event or earn a spot through the Super Regionals.

To stay in the World Food Championships chatter, visit www.worldfoodchampionships.com, Facebook.com/WorldFoodChampionships or Twitter (@WorldFoodChamp). You can also win your way to compete in Vegas by signing up today at Kenmore’s cookmore.com.

About the Music City Cookoff

The Music City Cookoff is the first-ever Super Regional qualifying event for the World Food Championships. The event will be held Sept. 5-6 during the Taste of Tennessee Festival at Tennessee State Fairgrounds in conjunction with the Tennessee State Fair. Sixty contestants will compete in three categories to win one of 10 spots in the Las Vegas main event. For more information on Taste of Tennessee, visit www.tasteofTN.com.    Registration will occur online at WFC’s web site and is open to contestants from anywhere in the world.  For more info, log on to www.worldfoodchampionships.com/nashville.

The Original Southern Confection was invented in 1912 by Howell Campbell, who developed the world’s first combination candy bar in a copper kettle at the Standard Candy Company at Clark and First Avenue in Nashville. The unique confection is a roundish mound of caramel, marshmallow nougat, fresh roasted peanuts and real milk chocolate. Today, the Original Goo Goo Cluster is also available in two additional varieties: Supreme, with pecans instead of peanuts, and Peanut Butter. Goo Goo Clusters are available in retail stores across the United States, as well as online. Visit www.googoo.com for more information.

The Kenmore Brand is an industry leader in delivering trusted performance in the home with smart and stylish appliance innovations that help consumers do things quicker, easier and better. Recognized as a top appliance brand for 100 years, the Kenmore Brand continues to give consumers more time, efficiency and better results for better living with industry-leading products across small and large appliance categories. For more information, log on to www.kenmore.com or www.facebook.com/kenmore.

About the World Food Championships
The World Food Championships features nearly 500 competitors seeking food fame and fortune as can only happen in Las Vegas. The third annual event will invite the champions from the biggest and best food competitions around the world into a single high stakes culinary showdown for hundreds of thousands of dollars. Following a tournament-style format across multiple iconic food categories, including burger, sandwich, barbecue and more, the WFC will culminate with a Final Table faceoff where category champions brave potential elimination in front of a live audience and a discerning panel of culinary celebrities. For more information visit: worldfoodchampionships.com.