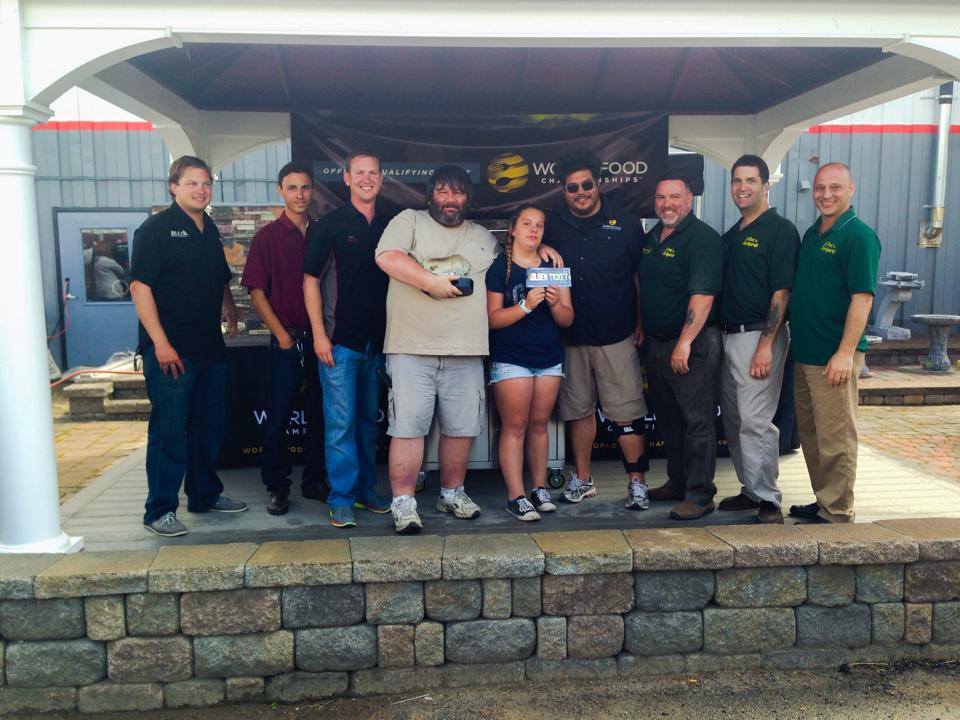 Skip Day, a former deli owner who was forced to close his business in the wake of Hurricane Sandy now has the opportunity at a huge culinary comeback. After winning first place at the Bull Burger Battle in Mahopac, Skip, a Wantagh, N.Y. resident, has earned himself a spot on Team Bull to compete in the World Burger Championship at the World Food Championships in Las Vegas, Nov. 12-18.

The opportunity for Skip Day to now go on and become the World Burger Champion, and possibly the overall World Food Champion at the World Food Championships, will provide him a rare chance at a culinary comeback. Just ten months before Hurricane Sandy struck, Day and his wife opened Sunrise Park Deli, on Wantagh Ave., to showcase their quality food, Day’s artisanship with meats and fulfill a life-long dream of sharing their cuisine with neighbors and friends. After going without power for 9-10 days, losing a large amount of product as well as the rest of their seed money, Day and his wife were forced to close the deli doors. Day now has a shot at redemption and a huge cash prize - a prize that may help him bring back his family deli.

For the second year in a row, Bull Outdoor® Products has been searching for the best burgers in the country to compete at the World Food Championships. Through its exclusive five-event Bull Burger Battle series, Team Bull will be made up of the five event winners; Skip Day, who competed with  “The Infamous Skippy Burger”, is the first member of the team after his win on Saturday. His secret?

“My grandfather always said, ‘Let the meat do the talking. Don’t do anything special, just do it right.’ So that’s the motto I follow,” said Day. “I don’t need to do anything special for you, I just need to present the best product I can with the ingredients I have.”

Despite Day’s claims that there’s nothing special about this burger, “The Infamous Skippy Burger” is known far and wide across the competitive barbeque community, of which Day is an active member. “People just can’t get enough of them,” said Day. “It’s become a game of the haves and have-nots; who has had the burger and who doesn’t.”

The burger, relatively short on the ingredient list but abounding in flavor, showcases ground beef, a combination of American and Pepper Jack cheese, Jersey pork roll and a handful of seasonings, placed between two slices of marble rye bread.

In addition to Day’s entry to the World Food Championships and placement on Team Bull, he also won an Angus Grill (ARV $2500) and an all-expense paid trip to Las Vegas, courtesy of Bull Outdoor Products.

Day, who was assisted by his 13-year-old daughter Lizzie, attributes his inspiration and success to his wife, whose passion for cooking and never ending support is the spine of the team. “Without her, we just aren’t,” said Day.

In between now and the World Food Championships, Day is filling his schedule with several events and parties that will allow him to showcase his “Infamous Skippy Burger”, including his son’s upcoming graduation.

View the complete scores from the Bull Burger Battle in Mahopac below: