BBQ cook-off and festival crowns winner, runs out of barbeque 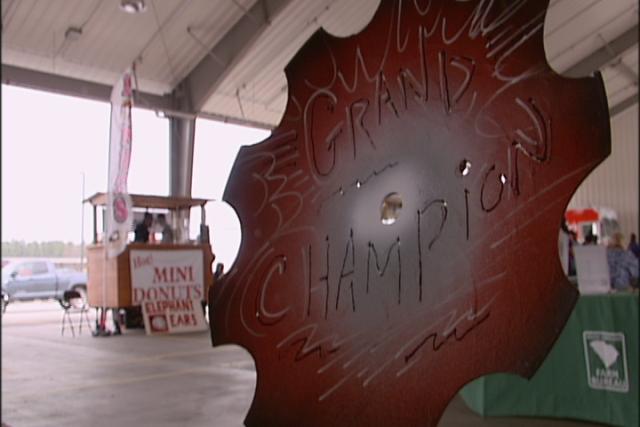 Over 40 teams vied to be named the state's best barbeque at the Third Annual Commissioners Cup BBQ Cook Off & Festival.

The South Carolina Department of Agriculture hosted the two-day competition, where teams took part in the "Anything Butt" contest featuring chicken wings, and the State Championship featuring Boston Butts and pork ribs.

The festival was so popular this year, they even ran out of barbeque early Saturday.

"They were on a mission to eat barbeque and they did and we ran out," said SC Department of Agriculture Commissioner Hugh Weathers. "So to the folks that were arriving late we're going to give them an apology and tell them to be ready for next year. They came hungry, they came ready for a good time and we finally just ended up saying don't worry with paying, go get some barbeque before it runs out. So everyone for the most part got some barbeque."

Weathers said they will add more barbeque to the tasting menu to prevent this from happening again next year.

Despite running out of barbeque, festival goers had the opportunity to sample local produce and homemade goods featured every week at the state farmer's market.

"I think people like coming out to the farmers market, they know there's plenty of good family activities going on," Weathers said.