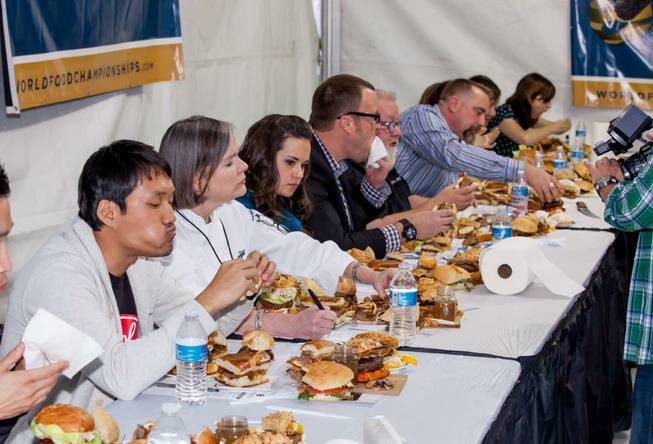 The final day of the 2013 World Food Championships on Sunday, Nov. 10, 2013, at Fremont Street Experience in downtown Las Vegas. The World Food Championships announced today it will be taking over the Fremont Street Experience this fall for the second year in a row.

More than 500 culinary competitors will vie for cash prizes from Nov. 12-18, according to a press release by Trybe Targeting.

The epicurean battles will be based on nine categories — barbecue, chili, burger, sandwich, recipe, dessert, bacon, pasta and seafood — the release said.

The annual culinary competition, which came to Las Vegas in 2012, moved from the Strip to downtown last year.

Last year's competition is the subject of a six-episode reality series called "The World Food Championships" that is set to air on A+E Networks' new FYI Network this summer, the release said.

http://lasvegassun.com/news/2014/may/21/world-food-championships-return-fremont-street/
« Back to News
Search All News SEARCH