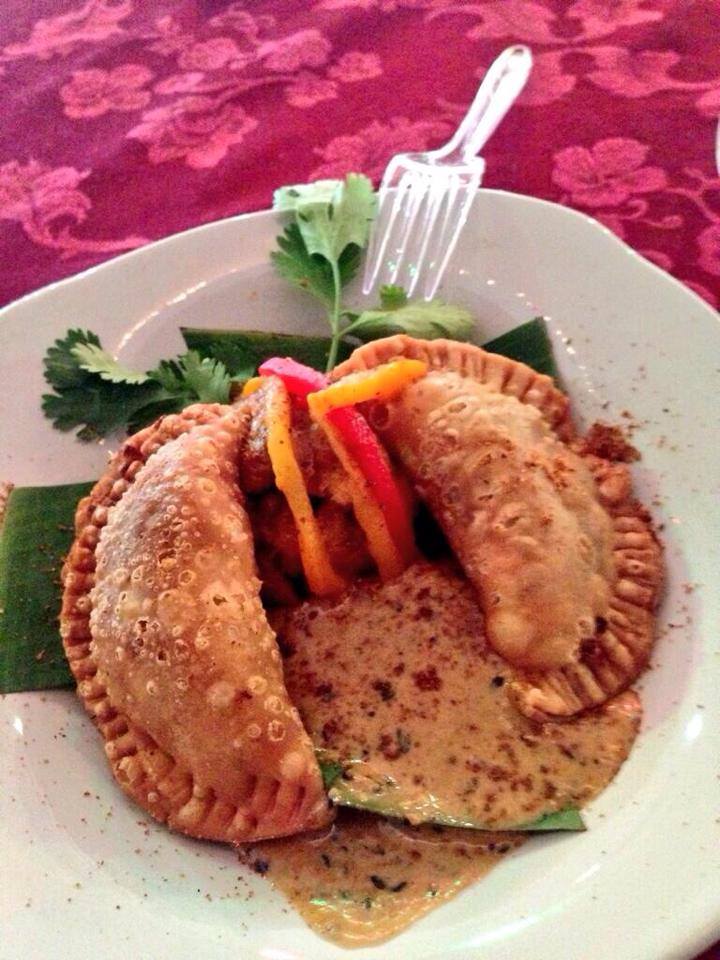 The battle was spicier than ever in the fourth annual Top Local Chef competition, produced by LocalShops1 and Intensity Academy. But only one chef could go home with the Top Local Chef title and a wild card spot in the World Food Championships in Las Vegas, where he will compete for prizes up to $500,000.

That chef was Ramon Hernandez, 2013 Top Local Chef winner and owner of Pipo’s Restaurant on Bay Pines Boulevard in St. Petersburg. Hernandez took home the coveted Giant Silver Knife, which he plans to proudly display next to his prize from last year, the Giant Silver Fork.

The event, which took place Sunday April 27, packed the Gulfport Casino with eight competing chefs and more than 250 guests.

“I’m so proud and honored to have been a part of this,” said Hernandez. “I felt confident coming into the competition, but knew that I would be up against some very good local chefs, that’s why it took me weeks to come up with the right combination of flavors, that once combined I would have a winning recipe.

“Thanks to all the judges who have been given that special gift from God called Taste Buds and the knowledge to choose a winning dish, I’m sure it must of been really hard.
My respect to all the chefs. As far as I’m concerned we all are winners by being there. I’m starting to work on my recipes for Las Vegas already. It’s an amazing feeling knowing that you have a chance to come home with half a million dollars.”

The winning dish, Pigs in Paradise, featured two pork and cheese empanadas served over sweet plantains mash and a ladle of the Secret Sauce, Intensity Academy’s Saucy Everything. The dish was garnished with a bedding of banana leaves and topped with roasted pimientos, cilantro and a sprinkle of secret spice.

Pipo’s Restaurant was up against seven other top local chefs:
Granny Smith Kitchens, St. Petersburg
Island Flavors And Tings, Gulfport
Serendipity Cafe, Dunedin
Shubee Shack, North Redington Beach
Taco Bus, Tampa & St. Petersburg
Twisted Cork Grill, St. Petersburg
Wine Madonna, St. Petersburg
“Our chefs stepped it up to bring a showcase of what locally owned restaurants have to offer: outstanding food, fun personalities, and a wide a diversity of styles,” said Mo Venouziou, vice president of LocalShops1. “It is important to the community that we support local businesses, but this event proved the most important thing of all: Local restaurants can provide you with an amazing dining experience.”

Shubee’s entry was a Maryland-style jumbo lump crab cake with a Florida flair, featuring the main ingredient Saucy Everything sauce, and broiled to perfection on top a bed of fresh hand-cut slaw.

“I’m so excited that the people liked my dish and voted the peoples choice!” Shubee said. “I own a 98 square foot deli in North Redington and to be recognized by the surrounding area is a joy, knowing a small place has big taste! Thank you so much for the opportunity.”

Top Local Chef 2014 took place in front a sold-out audience of more than 250 at the historic Gulfport Casino & Ballroom in downtown Gulfport. The event helped raise food and funds for the Gulfport Senior Center Foundation, which offers seniors healthcare, meals and social services.

“It is so exciting to see the culinary creations that the top chef’s in our community created using my newest sauce!” said Michele Northrup, co-founder of Intensity Academy. “From Saucy Shrimp and Grits to The Ultimate Saucy Crab Cake! I also love that these restaurants, our local jewels, have a night to showcase what they do and shine!”

Next year’s competition is set for April 26, 2015, at the Gulfport Casino. More information is available at TopLocalChef.com or by emailing events@localshops1.com.

LocalShops1 is a coalition of hundreds of independently owned businesses and tens of thousands of energetic shoppers with the mission of advocating, promoting and offering support services to companies throughout Tampa Bay. Founded in August 2008, LocalShops1 is the region’s most active voice for small businesses.

Intensity Academy creates flavors to make the world a saucier place to live… one bottle at a time. It’s sauces are all natural, award winning gourmet & hot sauces. In less than four years of being in business they have won 50 national awards, including their Chai Chipotle Chup’ being named the #1 ketchup in the nation thru the 2010 Scovie Awards.

http://www.tampabaynewswire.com/2014/04/29/top-local-chef-winner-to-compete-in-world-food-championships-22859
« Back to News
Search All News SEARCH