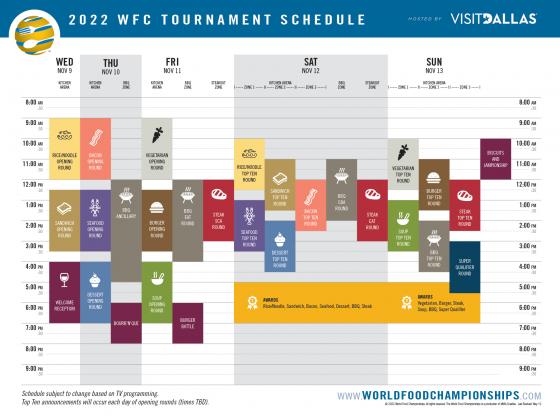 Friday the 13th is your LUCKY DAY!!! Go ahead and lock in those Dallas November travel dates because we're releasing the 2022 TOURNAMENT SCHEDULE!

In addition to introducing two new categories (Rice/Noodles and Vegetarian) to WFC’s 10th Anniversary Event this November, we are excited to announce the Steak Category will now be DUAL SANCTIONED.

As a reminder, any former top ten competitor in WFC’s 10-year history is automatically qualified to compete in the E.A.T. sanctioned opening round.

Anyone having won first place in an SCA-sanctioned contest in 2021 or 2022 is qualified to compete in the SCA sanctioned opening round.

Teams competing in both sanctioned days of Steak or BBQ will pay the registration fee of $500 for each contest ($1,000 for both). However, all teams who enter their E.A.T.™ recipes by the deadline of October 10th will receive a $150 rebate on their dual competition registration!

In addition to a full slate of daily competitions, we’re also working on lots of fun programming that will support WFC’s mission of introducing YOU and FOOD SPORT to the foodie masses!

If you haven't claimed your registration spot for WFC 2022, click here to get started. Spots are limited with three categories (Burger, Dessert and Seafood) already closed. We’re excited about presenting the biggest and boldest WFC ever as we celebrate our 10th Anniversary! 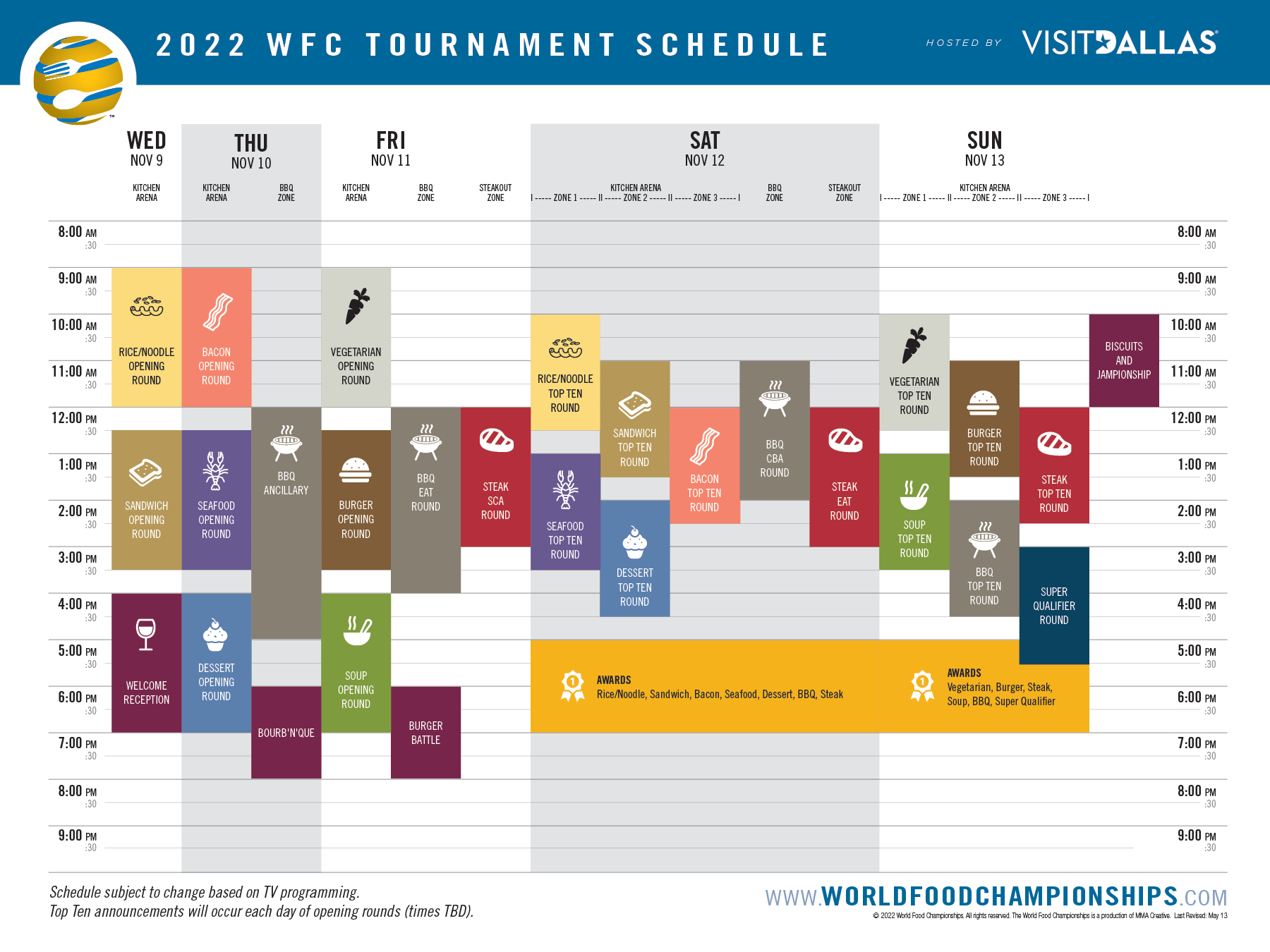