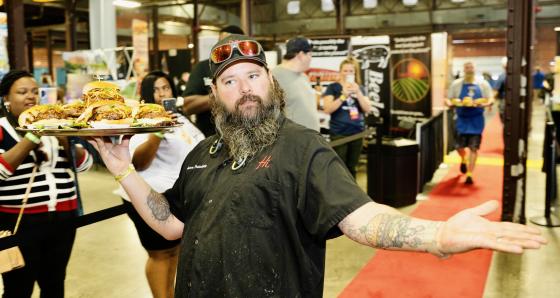 Now that the Early Bird Registration is closed and the 2022 Food Sport season is officially underway, the World Food Championships (WFC) has just announced its list of official qualifying gateways into the much anticipated 10th Anniversary of the “The Ultimate Food Fight.”

As in years past, WFC will have four primary tiers of qualifying events: Online virtual contests, State Partners, International Partners and Preferred Qualifiers.

Through its State Qualifier program, WFC has already established eight partners that include Alabama, Connecticut, Indiana, Maryland, Missouri, South Carolina, Tennessee and Texas. These states will be hosting challenges that qualify home cooks and chefs from around their state to build an official WFC State Team. More specific State Partner details will be released throughout the year leading up to WFC’s Main Event.

On the global front, WFC has also established a relationship with several International Partners –– Australia, Canada, Dominican Republic and Italy –– who will all be holding their own championships that will qualify teams into WFC to represent their country of origin.

Additionally, the leader in Food Sport has confirmed an official list of Preferred Qualifiers. Preferred Qualifiers are cooking competitions that meet WFC guidelines and specifications for conducting fair contests and certifying winners. Champions of these events will receive a 2022 Golden Ticket with a paid entry.

Registration to compete at WFC 2022 officially opens Feb. 1st at 10am Central at ​​https://worldfoodchampionships.com/registration. Each category will be filled on a first-come, fully-confirmed basis.

As previously stated in WFC communications, here is a list of groups that are automatically qualified and have the ability to register into WFC 2022:

More information will be released soon on WFC’s Taste of America program, which will include a series of product-specific online contests in 2022.

To stay up to date on qualifying events that are added throughout the year, please check WFC’s Qualifiers page on a regular basis. In the meantime, follow the World Food Championships on Twitter (@WorldFoodChamp), Facebook and Instagram (@WorldFoodChampionships) for more Food Sport updates.