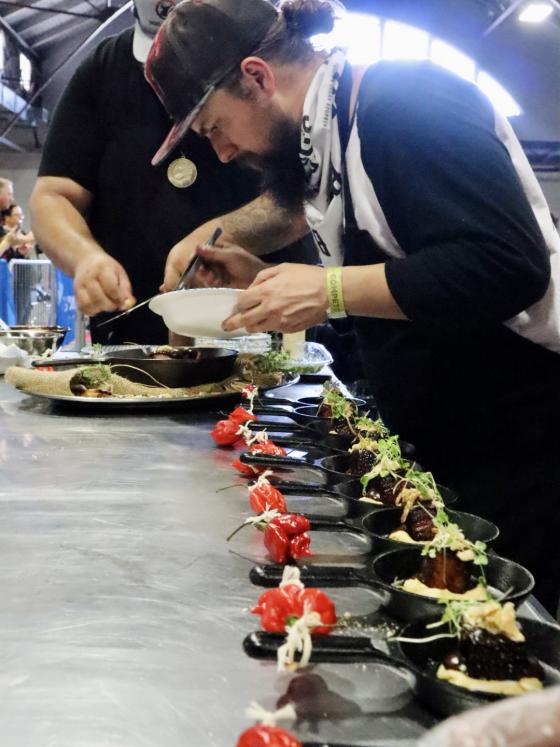 As partners and competitors of Food Sport already know, the World Food Championships feature dozens of category competitions and challenges that are critical to the process of crowning the event's Final Table contestants. But one of the lesser known aspects is the event's "behind the scenes" challenges, where teams can earn additional money by featuring key products in their recipe creations.

This is called the Bonus Bucks program, and in 2021 there were four products featured in this process that awarded an additional $6,600 to competitors in all categories. This initiative made each category competition even more exciting by adding onto the $300,000 prize purse already up for grabs.

Once all the scores were tabulated, the following cooks and teams were officially certified by WFC organizers as the official winners of these special challenges:

“The Bonus Bucks program added a little extra heat to the already red hot category championships taking place at the Ultimate Food Fight,” commented Mike McCloud, President and CEO of WFC. “I would like to thank all of our sponsors and competitors for participating in and supporting this fun initiative.”

As if the thousands of dollars in Bonus Bucks weren’t enough, Seafood competitor Carol Koty took home the title of World Seafood Champion and the grand prize of $7,500. Her next step will be heading to Lake Murray Country in South Carolina to compete in WFC’s Final Table for $100,000 and the title of World Food Champion.