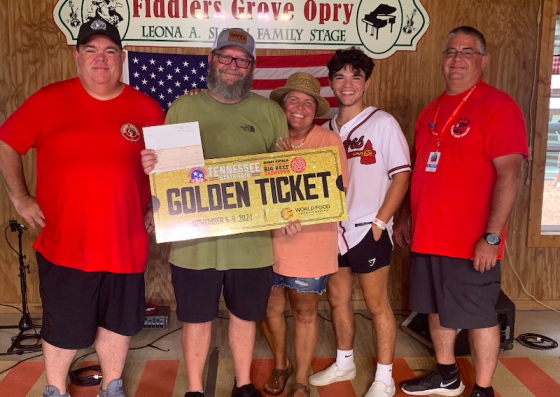 Tennessee chefs elevated the term “fair food” to the next level as local cooks were named champions at the Inaugural Burger Republic Taste of Tennessee – Big Beef Showdown, which was held at the Wilson County Fair-Tennessee State Fair this past weekend.

The Big Beef Showdown, which was a Super Regional Qualifier for the World Food Championships (WFC), was presented by Tennessee State Fair organizers and Food Sport veterans at Burger Republic, who have produced competitive teams over the past six years at WFC.

The qualifier featured two categories: Burger and Steak, and local chefs, cooks and pro teams from all over Tennessee were tasked with grilling their dish in a timed, live-cooking competition, where they had to impress the Certified E.A.T.™ judges.

The top dish in each category that received the highest score earned a spot to compete at the 9th Annual Ultimate Food Fight, where they’ll now go head-to-head against the world’s best cooks for a chance at WFC’s $300,000 prize purse at Fair Park in Dallas, Texas this November.

Next, the Wilson County Fair-Tennessee State Fair Champions will be assigned to their categories and learn about WFC’s E.A.T.™ Methodology, which is how more than 8,000 dishes are judged and scored at the main event in Dallas. More than 450 teams from 40 states and 10 countries are expected to participate in this year’s tournament, which will feature 10 categories of food and be filmed for several national TV shows.

The event’s Main Event is open to the public from November 5 through the 7th. Tickets are now available at tastewfc.com.