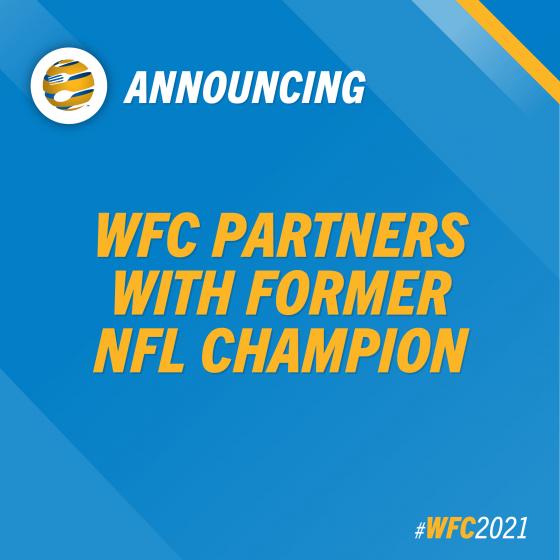 The food sport industry continues to grow stronger as the World Food Championships (WFC) announced today a new partnership with former New England Patriot defensive end Jarvis Green. As an Official Food Sport partner, Green will be introducing his newest food tech app and will host a meet and greet during the 9th Annual Ultimate Food Fest, which will be held at Fair Park in Dallas, Texas, Nov. 5-9.

“We consider WFC competitors to be top-level athletes in their own right, as they have to practice extensively and then battle it out in Kitchen Arena against a clock and other champions,” said Mike McCloud, President and CEO of WFC. “That’s why traditional sporting legends like Green are always a great addition to our event, as they can bring the sports mentality to all things food and help us celebrate culinary achievements.”

The app is expected to launch July 2021, and Green will be showcasing Chef2You to both chefs and foodies through an exhibit in WFC’s Kitchen Arena.

“Chef2You is a great way to support local businesses, and we think WFC’s chefs and foodies will really love its versatility. For chefs and businesses, hospitality is the key to your success with the app. And foodies will have the opportunity to choose their destination.” said Jarvis Green, Former NFL Champion and Chef2You Ambassador.

Food and sport fans will also have the chance to attend a Jarvis Green Meet & Greet in WFC’s VIP Lounge. Details on how to attend the meet and greet will be released in the coming weeks.

WFC’s 9th Annual Main Event is scheduled for November 5-9, 2021 at Fair Park in Dallas, Texas. Ticketing options for the foodie event will be released on July 1st. To sign up for early ticket release and WFC insider perks, click here.