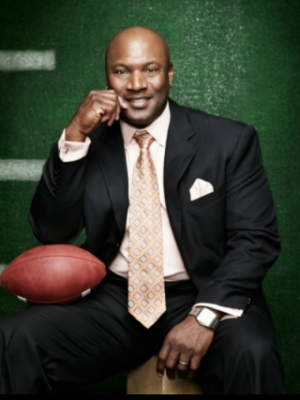 An all-star, two-sport pro athlete just announced his availability to be drafted into a whole new league: Food Sport. The winning team? Food Champs, as World Food Championships announced today that it is teaming up with Heisman Trophy winner Vincent “Bo” Jackson to make history in 2018.

“We’ve enjoyed working with some pro athletes in special challenges and judging spots before,” commented Mike McCloud, President/CEO of WFC. “But we’ve never had someone of Bo’s caliber get fully integrated into our tournament with products that our Food Champs can compete with. It’s a great moment for WFC, and a very exciting development for Food Sport.”

A former star in both Major League Baseball and the National Football League, Jackson is one of few athletes to be named an All-Star in two professional sports. He is widely considered one of the greatest athletes of all time, having won the Heisman Trophy in 1985 while at Auburn University and becoming an overall first pick in the NFL draft. He would spend four seasons with the Los Angeles Raiders, and 11 years playing baseball with the Kansas City Royals, Chicago White Sox and California Angels. He was later inducted into theCollege Football Hall of Fame in 1996.

So what’s next for the award-winning athlete and entrepreneur? The beginning of his THIRD professional career in Food Sport, of course, which will kick off in April at WFC’s Final Table as a celebrity judge, and then include an all-star integration of his burger line at WFC2018.

“I have competed at the highest level in sports, with some of the best athletes on the planet. Now I have turned my attention to working with and creating food products for the most talented chefs and home cooks in the business. I have been a closet foodie since I can remember and with this partnership, the tables are somewhat turned to where I get to be that screaming fan in the stands cheering on the Food Sport athletes as they compete to be the best,” commented Jackson, founder of VEJ Holdings, LLC.  “I have a great trust in this new partnership and look forward to our future success with great excitement.”

Bo’s Burgers, which will become the exclusive burger of WFC and sponsor of the 2018 burger division, offers a variety of gourmet flavors. From the Angus Grandslam burger made of fresh Angus ground beef, to his signature line of seafood-inspired “Sideliners” by Bonamar Corp.

Bo’s company, VEJ Holdings LLC, creates some of the most unique, flavorful and quality-based products in the food industry. Details on exactly which of Bo’s products will be used in the 2018 tournament will be released in the coming months.

“I think this will be a very special moment for our Food Champs. To get tips and advice from a world-class athlete and entrepreneur like Bo right before competing? That’s a game-time speech I can’t wait to hear!” McCloud said.

WFC’s Main Event is scheduled for Nov 7 - 11 at the Wharf in Orange Beach, Alabama. But first, the conclusion to WFC2017 will occur in Bentonville, Arkansas, where WFC and Walmart will present the $100,000 Final Table at Brightwater, a world-class culinary center for the study of food. Jackson will join Pitmaster Moe Cason, Chef Katie Dixon and two more judges (not yet announced) as they determine which of the ten WFC category champions will take home WFC’s ultimate title and prize purse.