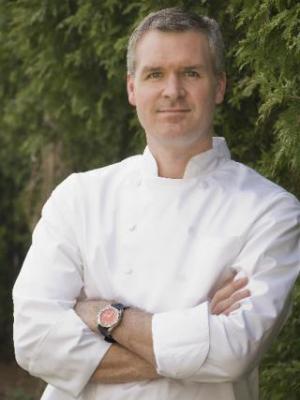 Educated at the Culinary Institute of America, Pastry Chef Andrew Shotts honed his skills in renowned Manhattan restaurants Lutèce, La Côte Basque, and the Russian Tea Room, where he developed a selection of seasonal chocolates that he served as delicate petits fours, before becoming the corporate pastry chef for the Guittard Chocolate Company. In 2001, he opened Garrison Confections in Providence, Rhode Island. Grounded in his American roots and classical European training, Shotts is dedicated to using only high-quality, American-produced chocolate, and he respects time-tested tradition while recognizing America’s seasonal flavors. Shotts has accumulated various honors; he was named one of the “Ten Best Pastry Chefs in America” in 2000 and 2002, and “Top Ten Artisanal Chocolatier” by USA Today. In April 2007, the Food Network named him the top chocolatier in the United States.