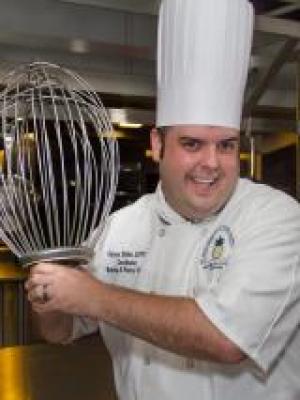 Casey Shiller, a Certified Executive Pastry Chef, Certified Culinary Educator, and member of the American Academy of Chefs,  is the Executive Pastry Chef and Program Coordinator of Baking and Pastry Arts for St. Louis Community College at Forest Park. Shiller was named the American Culinary Federation’s National Chef Educator of the Year in 2012, and named the 2013 St. Louis Chef of the Year. Shiller was named Teacher of the Year for St. Louis Community College Forest Park in 2010, and received Missouri Governor Jay Nixon’s Excellence in Teaching Award and the National Institute of Staff and Organizational Development’s Excellence Award in 2011. In addition to teaching, Chef Shiller is also the Director of Pastry and Baking for Jilly’s Cupcake Bar and Café, and the newly opened Jilly’s Ice Cream Bar.

In June, 2011, Chef Shiller was the winning contestant on the nationally-broadcast Television Food Network program, Cupcake Wars, and was featured on the program in January, 2012, in a “Battle of the Champions” episode. Shiller made his third appearance on Cupcake Wars, and was victorious once again, in May, 2013. Shiller has been featured in two textbooks on baking and pastry, On Baking, and About Professional Baking. Shiller has been featured in magazines including Food Arts, Pastry Art & Design, National Culinary Review, and Sizzle.

Shiller is an active member of the American Culinary Federation and serves on the Executive Board of the Chefs de Cuisine Association of St. Louis. Shiller’s extensive community volunteerism focuses on the Hugh O’Brian Youth Leadership Foundation, and the Spastic Paraplegia Foundation. Shiller, and his wife Anne, enjoy travelling, attending theater, and are avid St. Louis Blues ice hockey fans.