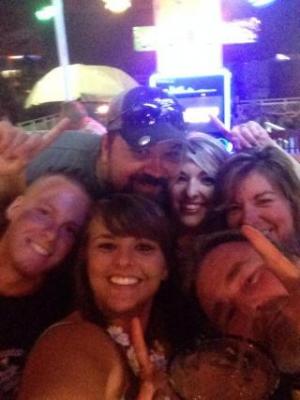 
Warren County Pork Choppers (WCPC) PitMaster: Donny Bray Cook Team: Tracy Bray, Tory Deel, Michael Deel, Carly Weaver, Jason Weaver, Steve Upton, and Barbara Upton Warren County Pork Choppers is a family based team that got into KCBS in 2008. In 2013 PitMaster, Donny Bray, decided he was going to hit the KCBS points hard and cooked 31 times that year. In that 31 contest 27 of them were top 10 finishes, 11 Grand Champions, and 6 Reserve Grand Champions. In 2013 WCPC finished Team of the Year in 2nd place with an overall score of 2940. Just 3 points off the all time high KCBS record. In 2014 Donny went back out there to finish what he started the year before and won Team of the Year. He also placed 16th in chicken, 3rd in ribs, 3rd in pork and 1st in brisket. In 2015-2016 the Warren County Pork Choppers have still been cooking but not as much. WCPC have been very busy back in Bowling Green, KY. Donny has been giving BBQ classes, moving to a new BBQ rig, changing smokers, and practicing new recipes. The Warren County Pork Choppers are getting back to cooking this fall at World Food Championship in Orange Beach.