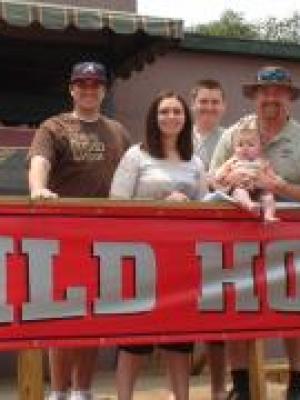 
Wilds Hogs BBQ is a family team based out of Colorado Springs, Colorado. As part of the world of competitive BBQ, Wild Hogs has accumulated three grand championships, six reserve championships, and over one hundred top ten overall and category finishes. Wild Hogs has competed in ten states since joining the professional circuit five years ago. Wild Hogs qualified for the WFC by winning Grand Champion at the Wild West BBQ Shootout held at Wendover, NV. Mike Bratton, head cook of the team, said that the event at Wendover was “the best first year event I have ever attended. The staff at Wendover had volunteers roaming the contest area making sure that all of our needs were met. In addition, they paid our entry into the WFC ensuring that we could go and represent Wendover and Wild West BBQ Shootout.” If you are in Las Vegas during the WFC, make sure you set aside time to visit the Wild Hogs BBQ team!