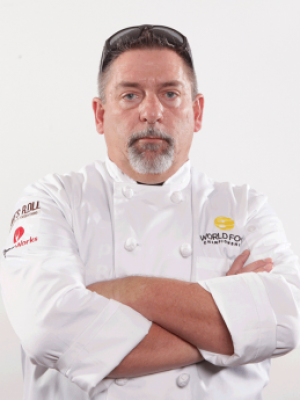 
Inventor of the pitmasterIQ Automatic Barbecue Controller! Google it! In the 2014 World Food Championship my team received 2nd place overall in the Bacon category. We won the "top ten" round with the highest scoring entry, but our 4th place finish in the first round pulled our average down for a 2nd place overall finish. pitmasterIQ BBQ competes primarily in barbecue competitions, but after winning a contest qualifier in the spring of 2014, we found ourselves entered into the 2014 Bacon World Championship! After months of preparation, we took our recipes to Las Vegas, Nevada to put them to the test. Our notable BBQ competitions include the 2014 American Royal World Series of Barbecue where we finished 7th out of 551 teams, Grand Champion at the 2015 Smokin on the Lake BBQ Contest in Monroe City, MO, Grand Champion at the 2014 Hermann Bar-BQ and Brats Festival in Hermann, MO, Grand Champion at the 2014 Smok'n in the Park BBQ Contest in Smithton, IL, Grand Champion at the 2013 North Kansas City State Championship BBQ in Kansas City, MO, and numerous Reserve Grand Champions. In addition to the World Food Championship in November, we're competing in the American Royal Invitational and the Jack Daniel's Invitational in October. We'll be very busy competing this fall!