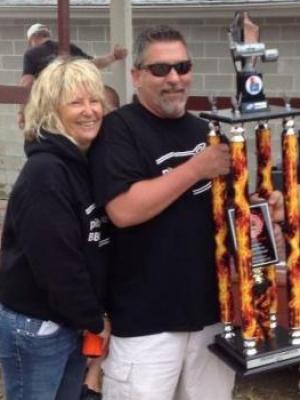 
John Kennington is Chief Cook with the team "pitmasterIQ BBQ". In April, 2014, pitmasterIQ BBQ received a Golden Ticket in the WFC Bacon category for their most excellent and sinfully delightful Bacon Brownie with Bacon Caramel Crack. pitmasterIQ BBQ has won three Grand Championships, two Reserve Grand Championships, and two third place finishes despite being on the KCBS circuit only a few short years. In 2014 at the American Royal Open, they received 14th place in both Ribs and Brisket for a 7th place overall out of 551 teams! In 2013, they competed in both the American Royal Invitational, receiving a 14th place out of 174 teams in the brisket category, and the American Royal Open tying for 1st place with a perfect 180 in the desert category. pitmasterIQ BBQ is the competitive cooking arm of pitmasterIQ.com, a manufacturer of temperature controls for barbecue pits. John's team includes his wife Barbara (BarbieQ), son Matt, and daughter-in-law Kristen. pitmasterIQ BBQ is coming to Vegas to teach the world what God intended bacon to be used for!