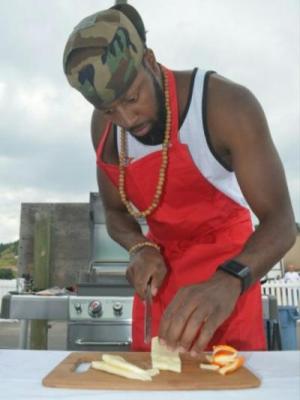 
Ramon Douglas is a California native and graduate of Le Cordon Bleu Culinary School in Pasadena, CA. He is also part owner of Ravishing Farrago Catering, a company he recently started with his business partner, Felix Johnson. When Ramon isn’t cooking, he enjoys spending time outdoors. Hiking and camping are his favorite pastimes. A big moment in his culinary career was being invited to the 2014 Weber Grills Big Burger Battle in Sturgis, SD. Harley-Davidson sponsored the event and thousands of chefs submitted recipes from around the world. Ramon was selected as one of three finalists to compete.