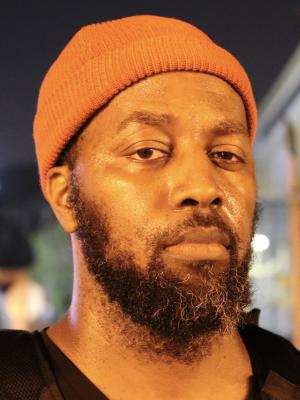 
Ramon Douglas i am a California native and graduate of Le Cordon Bleu Culinary School in Pasadena, CA. When I am not cooking, I enjoy spending time outdoors, hiking, camping and taking photographs. I wasn't always thinking about going to culinary school until one day a friend of mine mentioned that I should go and the rest is almost history. Since I graduated in 2012, I've worked at quite a few different places. They range from Walt Disney World in Florida to Coto de Caza in Rancho Santa Margarita, California. Some highlights in my short culinary career was being invited to the 2014 Weber Grills Big Burger Battle in Sturgis, SD. Harley-Davidson sponsored the event and thousands of chefs submitted recipes from around the world, I was selected as one of three finalists to compete. Coming in third place in a Bulls Burger Battle in San Diego, Ca in 2014, I also competed in the World Food Championships in Las Vegas in 2014. I competed in the burger category competition in which I came in 12th place out of 54 contestants. Since then I’ve been in quite a few more contests but haven’t won the big prize. I'm not always in the kitchen, I like to be out and about. I enjoy hitting up different food and social events, but I love to camp, mountain bike and hike. Nature is a beautiful thing to me, I love just getting out of the city and exploring what our planet has to offer. I just love seeing the wonders of earth, breathing the fresh air, being around breathtaking views. I've hiked Mt. Whitney, the Grand Canyon and slept under the biggest trees in the world.