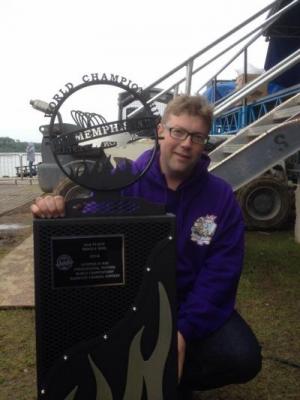 
After getting the bug for low and slow cooking i took time to create the first competition circuit in Europe via the British BBQ Society then the International BBQ Network. After creating a successful circuit increasing the level of competitiveness of teams from the UK I decided to rekindle my passion for competitive BBQ in 2014. I always like to set myself challenge and entered whole hog at Memphis in May coming in 2nd. This is the highest finish by and international team in the events 37 year history. I then entered one of the premier events in the UK, Grillstock Manchester and took Grand Champion beating the UK's best. My final competition was the Euregio BBQ competition in Germany which had all of the best teams in Europe including 7 GC's and 5 GC's. I decided to have a little fun and competed on my own including doing my own turn in. With a 2nd place Chicken, 2nd Place Ribs, 2nd place Pork and 1st place Brisket, i convincingly won this event. Very much looking forward to pushing myself again at the world food championships in Las Vegas! I am married with 3 girls, 9, 3, 2 and a very understanding wife!