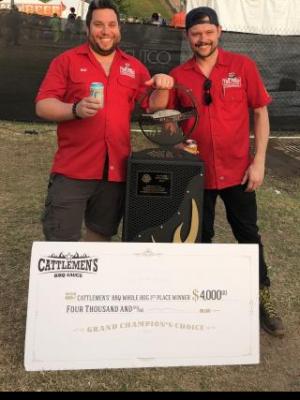 
William Shear and George Logue have been professionally cooking collectively for over 30 years. Both have owned and operated multiple successful food and beverage businesses. Will and George won World Grand Champion at Memphis in May, World Championship Bar-B-Que Competition in May 2018 on The Shed Competition BBQ Team. They also won the Chicken Wing category, placing #1 out of 133 teams at Memphis in May 2018 as well. Currently Will Shear owns Tine Culinary Consulting and Design, a food and beverage design and consulting company focusing on kitchen and bar design, recipe and menu development and culinary antiques. George Logue currently owns and operates Herman & Luther\'s, a wedding and event venue located in a restored 1770\'s stone barn in Montoursville, Pa.