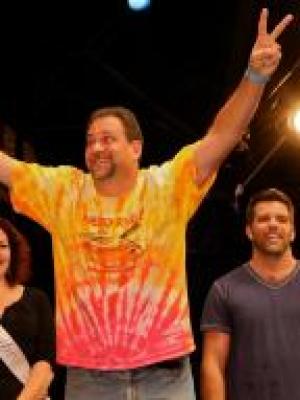 
Doug Keiles is a seasoned barbecue professional and Bacon Guru from Hillsborough, NJ. He has been seen on All American Festivals - Guitarbeque and as the red-croc'd competitor from Chopped Grillmasters - Episode 3. His literary and recipe prowess is shown as a featured writer in Barbecue America Magazine. Doug's passion for bacon and barbecue are only rivaled by his love of family. He was 1st runner up in the 2013 Bacon World Championships. Doug is fired up for this years competition to show how bacon should really be done.