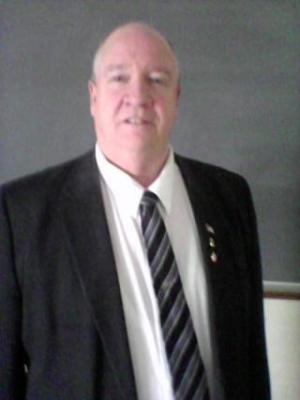 
When my Dad was in the Army, He was stationed at Walter Reed Hospital and was a Pharmacist. His Commanding Officer came to him and told Dad that they ( Walter Reed Hospital ) had too many Pharmacists, and that he was now to report to Brigham City at the Army Base there. Dad followed his new orders and as he reported for duty at Brigham City Utah, told his new Commanding Officer that he was their new Pharmacist. The new Commanding Officer said to Dad... " We have too many Pharmacists here, you are our new " Head Cook " Go Cook! " At the same time this was happening, Mom who lived close to the base, said, ' I want to be a Secretary, so she walked into the Army Base and told the Commanding Officer, I am your new Secretary. " The Commanding Officer said... " We have too many secretaries, You are our new " Assistant Cook " to the " Head Cook! " and that's how Mom and Dad met... I get all my inspiration and support from Family, and Dad was very instrumental in my love of cooking. I have been cooking now for over 50 years and I LOVE to place a " Smile " on those who partake of my offerings. I cooked in the Fire Service for 25 years, and I also love to serve others.