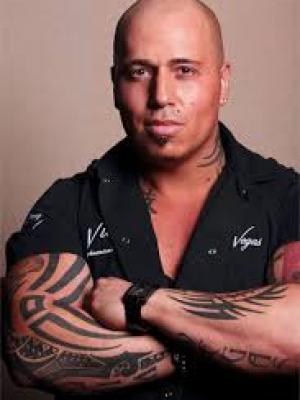 Vic Moea, aka “Vic Vegas,” is no rookie when it comes to the World Food Championships and Food Sport. In fact, he has maintained a close relationship with WFC ever since the Ultimate Food Fight began in his hometown in 2012.

The TV Celebrity Chef actually helped WFC get off the ground in many ways, including serving as a host, emcee and celebrity judge at numerous WFC special events for three years in a row. But this November, he’ll be stepping up to the plate in an even bigger way, as he makes his debut on WFC’s Final Table in Orange Beach, Alabama.

In addition to his WFC insights on judging and the competition process, Vic has a wealth of experience in TV cooking challenges. Although he is best known for his role on the show “Bar Rescue,” he has also appeared on shows such as “The Next Food Network Star,” “Chopped All Stars,” “Food Truck Face Off,” NBC’s “Food Fighters,” and more.

Vegas is a self-trained chef that worked his way up the culinary ladder from dishwasher to corporate executive chef. In the past, Vegas has worked at Las Vegas hotels and companies such as U.S. Foods, MGM Inc., Station Casinos, Binions, Paragon, and SBE House of Lords.

He is currently the Corporate Executive Chef for Nicholas and Company, a wholesale food distributor in Salt Lake City, Utah. Vegas can also be seen on two upcoming episodes of the hit cable TV show, “Bar Rescue.”

Between serving as the Executive Chef for Nicholas and Company and Vegas’s many TV appearances, he still managed to cook up another project with the opening of a new restaurant. Vegas recently opened 7 Sinful Subs, a specialty sandwich shop serving up New York Italian-style subs with a Las Vegas twist.