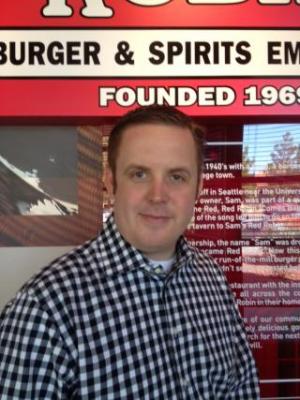 Andy Mulz is the regional operations director for 8 restaurants in Nevada and Southern California for Red Robin Gourmet Burgers where he oversees 40 restaurant managers. In addition, he ensures they are upholding the highest quality of our Gourmet Burgers and Beverages. He coaches and develops kitchen teams to make sure the 4 elements of a great Gourmet Burger are met from taste, temperature, texture, and presentation.

Andy has worked at Red Robin for nearly 20 years and has devoured several Gourmet Burgers during this time period. Andy has worked in over 15 Red Robin locations in the Greater Los Angeles area and Nevada markets from his current role of being a Director and previous positions of General Manager, Manager, and Hourly Team Member. In the past, Andy has been a judge for several Red Robin Smiling Burgers Championships at local, regional, and divisional events.  The Red Robin Smiling Burgers Contest was an internal kitchen competition that had hourly kitchen Team Members compete with their peers in crowning a grand champion for the company from 2000-2012.