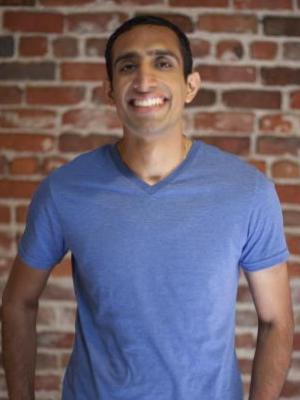 Nikhil Arora co-founded Back to the Roots in 2009 as a senior at UC Berkeley and gave up a potential career in consulting to become an urban mushroom farmer. He and co-founder Alejandro Velez have since created two award-winning products, the Mushroom Kit and AquaFarm, that are sold in over 2500 retailers nationwide, including Whole Foods, Home Depot, Costco, Nordstrom, Target, Safeway, and Kroger. Alejandro and Nikhil's mission with Back to the Roots is to create well-designed, fun, and sustainable products that inspire millennials and their kids to reconnect with food and ask the question, "where does my food come from?"

Since co-founding Back to the Roots, Nikhil has been named one of BusinessWeek’s Top 25 Entrepreneurs under 25, Inc.’s 30 Under 30, Forbes’ 30 Under 30, and CNN’s 10 Next Entrepreneur’s to Watch. Back to the Roots was named one of Martha Stewart’s Top 10 American Made companies, named to the INC 500 list in 2014, and has been recognized for its innovation by President Obama. Nikhil is currently on the Board of Directors of the Sage Mentorship Project and Social Venture Network.