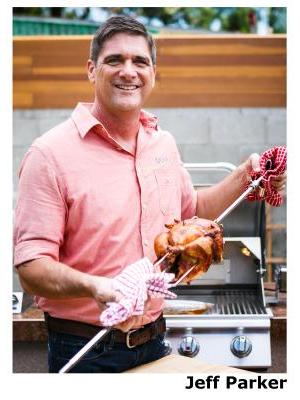 Jeff Parker is the Culinary Director and Corporate Chef for Bull Outdoor Products. Having an impressive multi-faceted culinary career that includes working as a chef, restaurant owner, recipe developer, author, and producer for culinary television, he has proven himself as an intuitive chef with keen culinary and food trend insights.  Jeff has developed over 3,500 food and beverage recipes, including ghostwriting 20+ celebrity cookbooks and is finalizing a new grilling book to be released late 2015. His weekly grilling recipes can be found at GrillingOutdoorRecipes.com